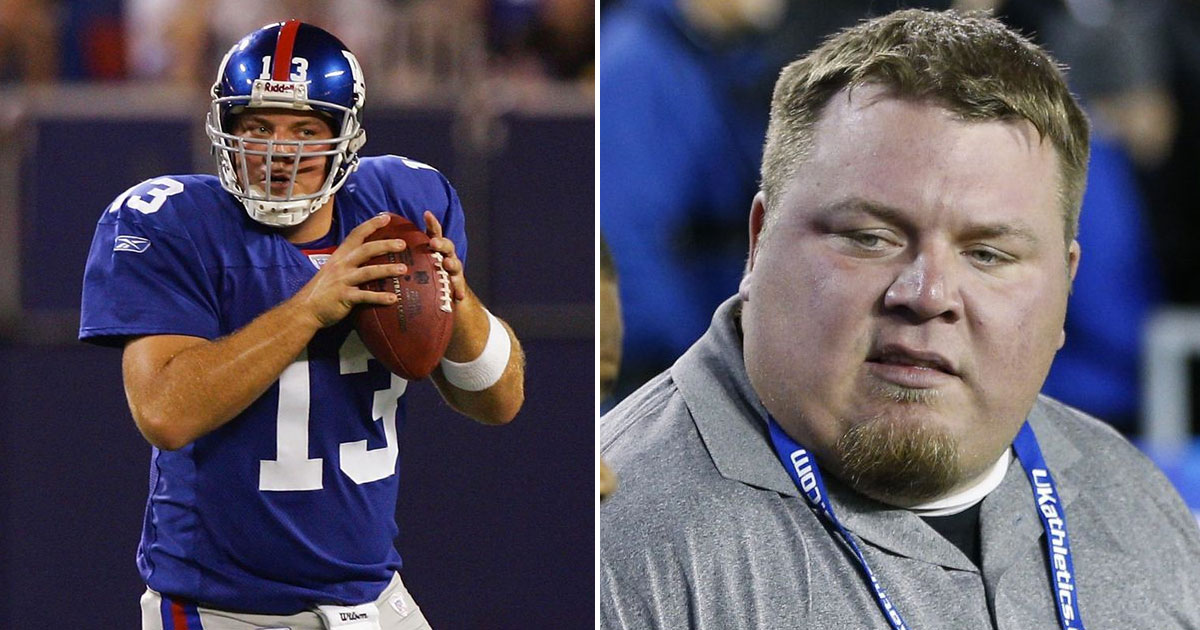 Former NFL quarterback Jared Lorenzen has died at the age of 38 after battling multiple health issues, his family confirmed.

ESPN was the first to break the sad news after receiving a text from Jared’s mother. “I lost my sweet boy today after a long hard fight,” Janet Hermes wrote.

In a text to my colleague @RussDinallo, who produced our E:60 story on Jared Lorenzen, Lorenzen's mother Janet confirmed that Jared died today. He was only 38. Janet said, "I lost my sweet boy today after a long hard fight."

According to TMZ Sports, Lorenzo was admitted to the ICU over the weekend and underwent dialysis after he got sick with an infection that affected his kidney and heart

Doctors tried their best to save his life, but Lorenzen succumbed to his ailments and passed away Wednesday (Jul. 3), the site reported.

“It is with heavy hearts that the family of Jared Lorenzen would like to extend our sincere thanks and appreciation for all of your support and prayers over the last six days,” read a statement from Lorenzen’s family.

“We are deeply saddened to announce the passing of Jared today, July 3, 2019. Again, we appreciate all of the warm wishes and prayers, but as a family, we would request your respect and privacy. We will offer arrangement information in the coming days. Please keep Jared’s family, and especially his children, in your thoughts and prayers.”

Jared Lorenzen, also known by his nickname “Big Hefty,” became a national sensation during his time as a quarterback for Kentucky back in the early 2000s due to his “hefty” size (he weighed 300 pounds!), hence the nickname, which is unusual for a QB.

He is Kentucky’s all-time leader in passing yards, attempts and completions, and his 78 touchdown passes rank second all time in program history.

Kentucky’s football program shared a tribute to Lorenzen on Twitter:

We lost a great one too soon today. Our hearts are with the Lorenzen family.

After college, in 2004, Lorenzen signed with the New York Giants as an undrafted free agent and ended up earning a Super Bowl ring with the Giants four years later in Super Bowl XLII as the backup QB behind Eli Manning when the team beat the then-undefeated New England Patriots.

He went on to sparingly play in football leagues until suffering a broken leg in 2014, which ended his career for good.

Giants QB Eli Manning called Jared Lorenzen was “a great teammate and friend” in a statement to ESPN.

“We competed against each other in college and came to the Giants together,” wrote Manning, who, while playing for Ole Miss, played against Lorenzen’s Kentucky team back in the day.

“My thoughts and prayers go out to his family. I will always remember his competitive spirit and his good nature. Jared has left us all way too soon.”