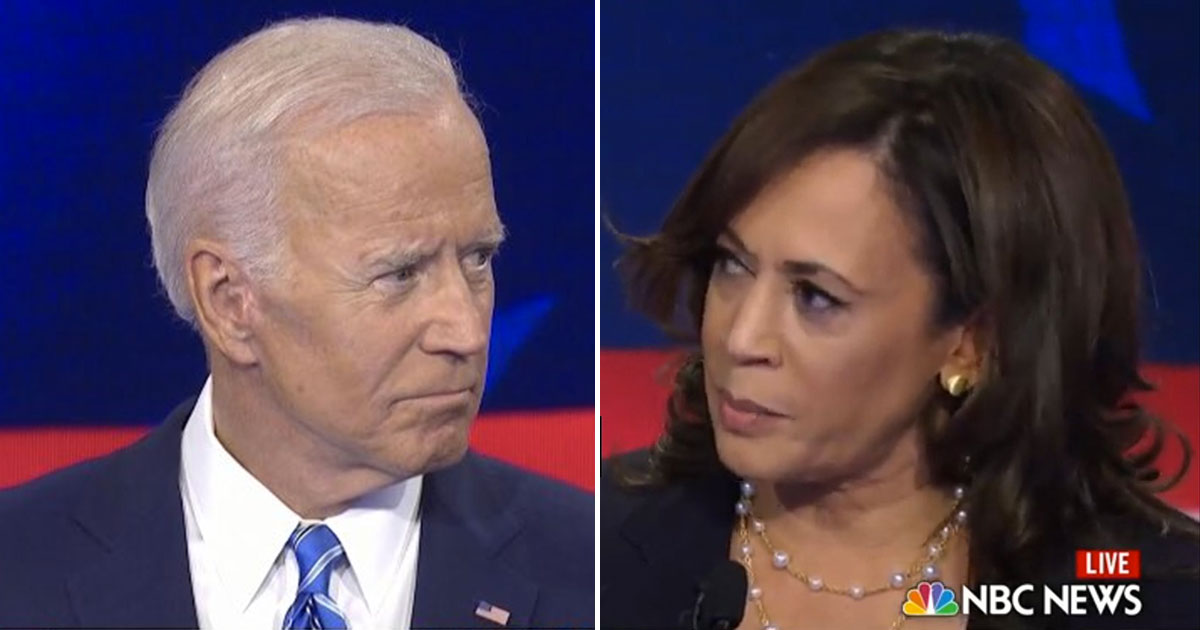 If you wanted to see a truly awe-inspiring instance of Black Girl Magic on display, then you got it Thursday night (Jun. 27) when Kamala Harris sneak-attacked Joe Biden during night two of the first Democratic Presidential Primary Debate in Miami.

For those who might have missed Biden’s controversial comments, he patted himself on the back about being able to work productively with people in Congress he disagreed with, which included segregationists.

But perhaps even more troubling, Kamala Harris went for the jugular on Biden’s previous opposition to busing black students into white schools and enforcing integration.

Kamala: “[I]t was actually very hurtful to hear you talk about the reputations of two United States senators who built their reputation and career on the segregation of race in this country. And it was not only that, but you also worked with them to oppose busing.

“And you know, there was a little girl in California who was a part of the second class to integrate her public schools, and she was bused to school every day. And that little girl was me. So I will tell you that, on this subject, it cannot be an intellectual debate among Democrats. We have to take it seriously.”

Biden: “The fact is that in terms of busing, the busing, I never — you would have been able to go to school the same exact way because it was a local decision made by your city council. That’s fine. That’s one of the things I argued for, that we should not be — we should be breaking down these lines.

“So the bottom line here is, look, everything I have done in my career, I ran because of civil rights. I continue to think we have to make fundamental changes in civil rights. And those civil rights, by the way, include not just African Americans but the LGBTQ communities.”

Biden: “I did not oppose busing in America. What I opposed is busing ordered by the Department of Education. That’s what I opposed.”

Biden: “Because your city council made that decision. It was a local decision.”

I mean for Joe Biden, in 2019, to argue that it’s best for STATES to determine whether black students should be integrated into schools is insane. Especially for a man who claims to be a staunch civil rights supporter.

There was a little girl in California who was bussed to school. That little girl was me. #DemDebate pic.twitter.com/XKm2xP1MDH

Kamala’s personal testimony that SHE was one of those students who was bused back in the day also made the confrontation more personal than perhaps Biden was prepared for, cause homeboy looked shook while Kamala was talking.

As Kamala delivered her zingers, social media lit up to applaud her for her smooth and masterful takedown of Vice President Biden.

This is not an endorsement but you're lying if you don't think Kamala Harris would eviscerate Trump in a debate.

Kamala is going to have to prosecute herself for murdering Biden

Bless Kamala Harris for doing that to Joe Biden, who deserved every single second of that. And more.

oh bitch LMFAOOOOO kamala is in attack mode I AM SCREAMING

Y’all, I know Joe Biden was in the lead according to polls and this is just one debate, but Kamala might have just secured her spot in the next round of this primary with this exchange.