Yung Miami has been holding it down for City Girls for nearly a year now, and she kept it up going at the 2019 BET Awards with a solo performance of the group’s hit single “Act Up.”

JT, the other half of the duo, naturally wasn’t present, as she’s currently in the middle of a two-year prison sentence for credit card fraud, but that didn’t stop Yung Miami—fresh off her pregnancy announcement—from holding her own.

After Yung Miami wrapped her performance with her signature “PERIODT” pose, the camera panned to Lil Baby, who began crooning the opening lines to his Gunna collab “Close Friends” while walking to the stage.

Lil Baby’s performance then quickly segued into his latest single “Pure Cocaine,” which he rapped in front of a bank backdrop with diamonds falling behind him as his dancers “fought” amongst each other matching the song’s theme.

He finished his set with a bang (literally!) as a bunch of money shot out of the back of an armored Brinks truck sitting on the stage. 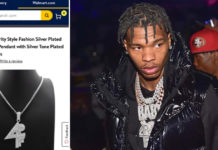 Walmart is Selling Knock-Off 4PF Chains, and Lil Baby Does NOT Approve: “Walmart Got Me F***ed Up” 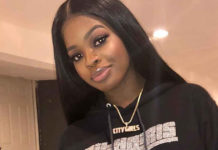