GOSSIPONTHIS.COM Celebs Khloe Kardashian Apologizes to Tristan Thompson’s Ex for Affair While She Was... 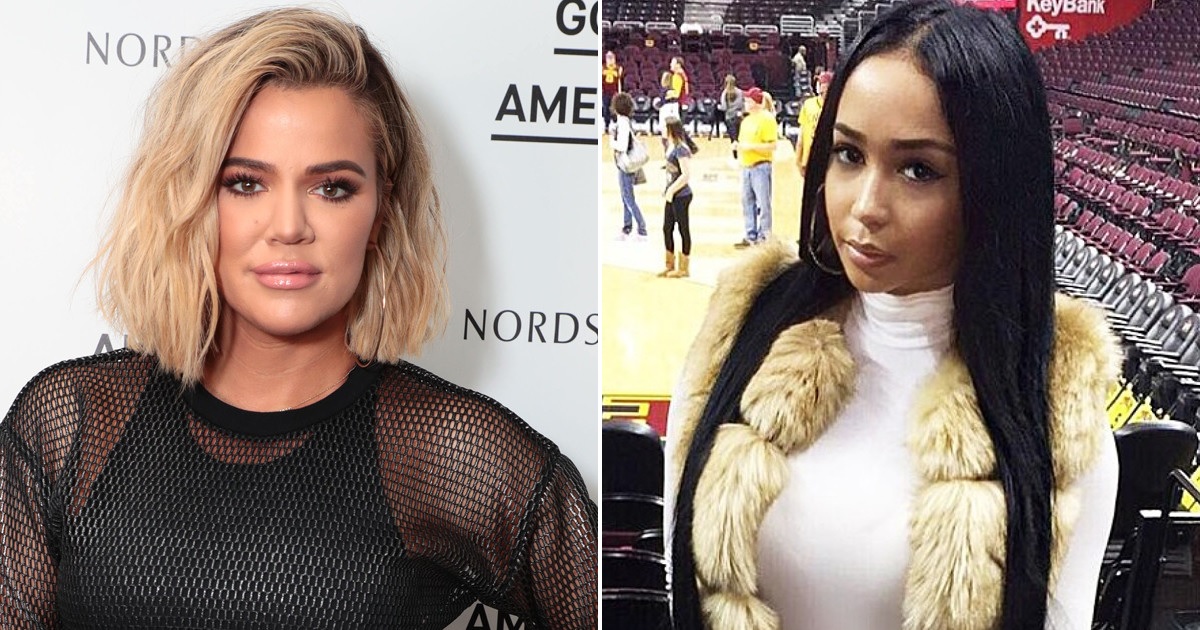 For the first time ever, Khloe Kardashian is apologizing to Tristan Thompson’s ex for dating the NBA player while she was pregnant with their son, Prince.

Jordan Craig revealed in child support documents that Thompson cheated on her with Khloe just months after finding out they were expecting their first child and promising he would end his cheating and partying ways.

In the recently obtained documents, Craig says the stress of the public affair caused “serious pregnancy complications” and she was ultimately placed on bed rest.

Upon learning this shocking revelation, Khloe used her Instagram stories on Tuesday (Jun. 11) to share her “truth” of the situation and apologized to Craig without directly using her name.

“Truthfully, from the deepest parts of my soul, I am sorry! I’m sorry for any pain that has been created either way. No woman deserves to go through anything like this!”

In the written statement of “truth,” Khloe claims that she and Thompson met on a blind date and that he told her his ex was pregnant and they were no longer in a relationship. And she believed him.

Thompson’s best friends, mother, and inner circle all told Khloe that Thompson and Craig were no longer together.

“That is my truth! The truth I believed and trusted,” she wrote.

“My truth is: I met Tristan because HE CHOSE to go on a blind date with me. A mutual friend set us up. After going on some dates, Tristan told me that he had an ex that was pregnant. Obviously, I was reluctant about us continuing to date or start a relationship.

“He pleaded with me that the relationship was over long before we met. He had me talk with his most inner circle. He showed me physical poof [sic] (correspondence between the two) and had me on calls with his lawyers to prove his point. His best friends, business associates, and even his mother told me him and his ex were broken up before we met.” 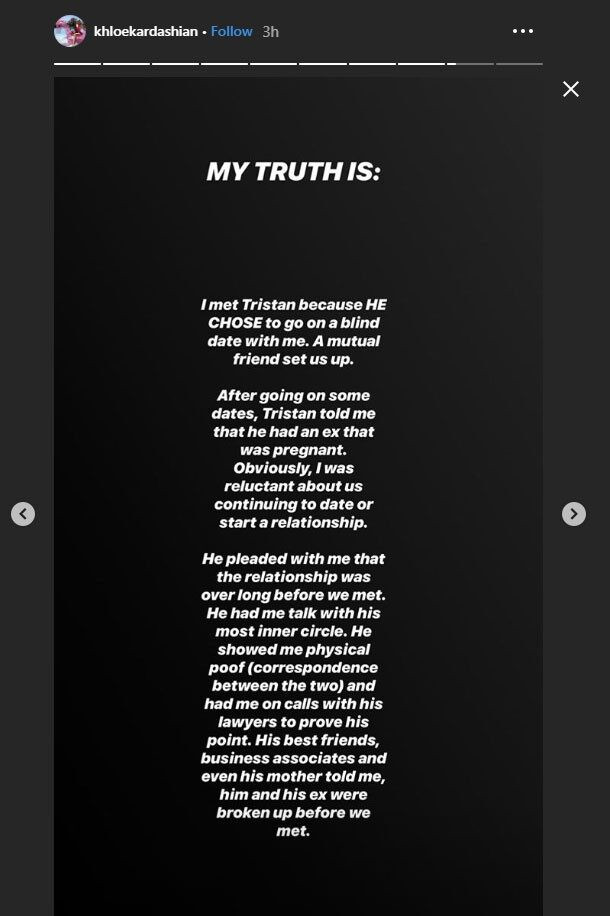 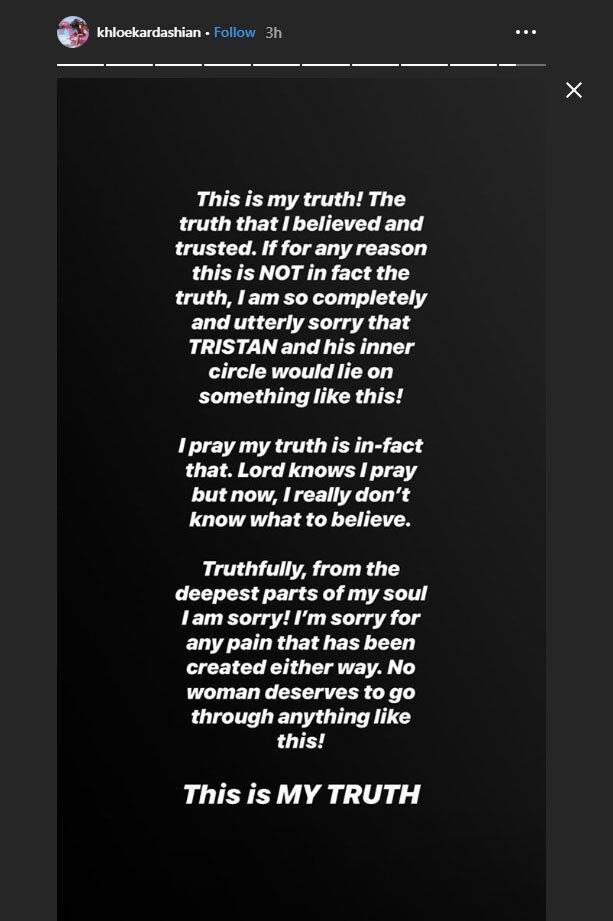 Khloe has long believed that she was not the other woman as gossip media portrayed her as. She now feels betrayed by Thompson and his inner circle for lying to her.

She ended the statement by implicitly apologizing to Craig.

“I pray my truth is in-fact that. Lord knows I pray but now, I really don’t know what to believe. Truthfully, from the deepest parts of my soul, I am sorry! I’m sorry for any pain that has been created either way. No woman deserves to go through anything like this!

Khloe may sympathize with Craig on a new level now, as it was reported that Thompson cheated on her just days before she gave birth to their daughter True.

The two broke up for good after he allegedly hooked up with Kar-Jenner family friend Jordyn Woods.