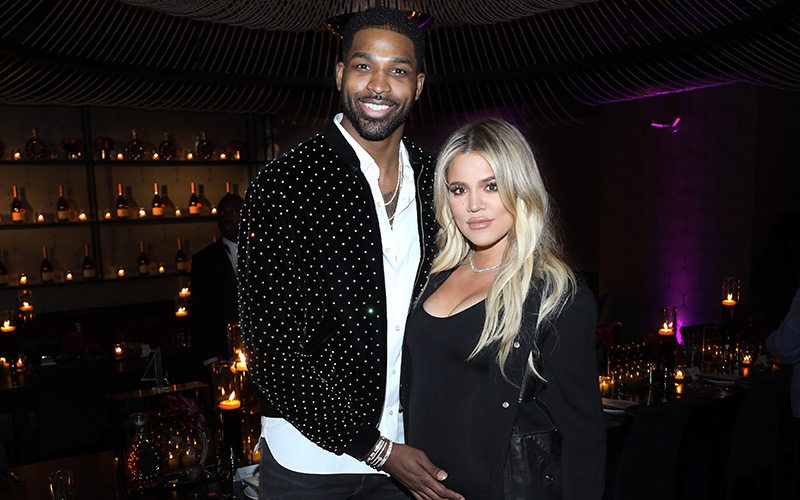 It’s a girl! Days after Tristan Thompson was caught cheating with another woman, Khloe Kardashian has given birth to the couple’s daughter.

According to confirmed reports, Khloe gave birth to her first child, a baby girl, Thursday morning (Apr. 12). And TMZ is reporting that, yes, Tristan’s cheating ass was in the room when Khloe gave birth.

Khloe delivered a baby girl early Thursday morning — around 4 AM EDT — at a hospital outside Cleveland … according to our Kardashian sources. We’re told the little girl does not have a name yet. Kourtney, Kim, Kris and Khloe’s BFF Malika were by her side during the birth. Tristan Thompson was also there.

The news comes not too long after photos and video footage leaked showing Tristan Thompson cheating on Khloe Kardashian with another woman. The footage was reportedly recorded back in October when Khloe was only three months pregnant.

A source tells People that Tristan has been cheating on Khloe for a while, and the scandalous reports have “been a long time coming.”

The Cleveland Cavaliers player was spotted canoodling with an unidentified woman last Saturday (Apr. 7) at a club in New York City in video footage and photos obtained by the Daily Mail. TMZ and The Shade Room also published a video of Thompson and a woman allegedly entering his hotel around 5 a.m. All of this is in ADDITION to the footage from October 2017.

“Tristan has been consistently cheating on Khloe,” an insider told People. “He’s a serial cheater. And there will be more women to come out of the woodwork.” The source added, “First Lamar cheated on her and now Tristan. She’s been through so much.”

Khloe and Tristan’s daughter is the third “Kardashian-Jenner” baby girl to be born this year. Kanye West and Kim Kardashian welcomed their third child via surrogate, daughter Chicago, on January 15th, while Kylie Jenner and Travis Scott’s first child, daughter Stormi, made her arrival on February 1st.