GOSSIPONTHIS.COM Sports As the End of an NBA Era Approaches, Let’s Appreciate the Greatness... 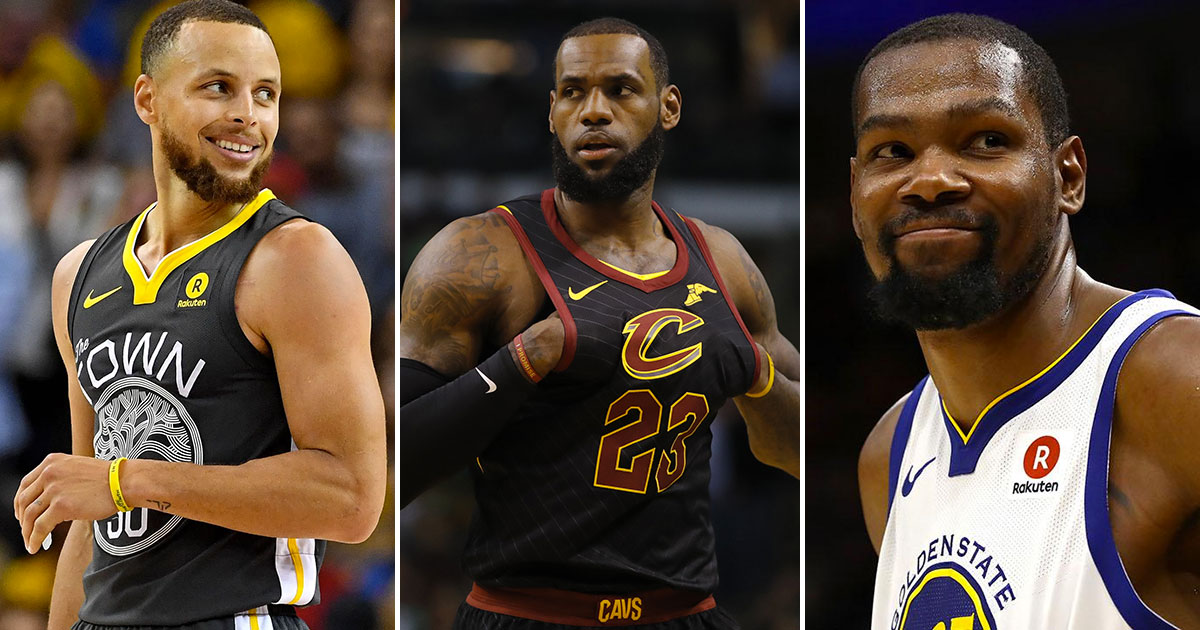 Before the NBA season even kicked off, many people already knew how it was going to end: with the Golden State Warriors in the Finals for the fifth year in a row. And here we are, eight months later, exactly where we all knew we’d end up.

The Warriors are sitting on the precipice of winning their third straight championship and fourth in the past five years, but maybe that’s not as big a problem as some would make it out to be.

For years, this has been a common complaint with the NBA. It’s become too predictable. And it’s not an unfounded claim.

This decade has seen the LeBron led Miami Heat in four straight finals, followed by the Warriors going against the then LeBron led Cavaliers for four years straight. It’s led many to question what the point is in even watching it all unfold if we already know the outcome.

While these criticisms do hold water to a certain degree, there’s also another argument that could be made. We’ve experienced one of the most impressive eras of NBA basketball, and we should be more appreciative because soon, it’s all going to come to an end.

Now, admittedly, I never got to witness the greatness that was Michael Jordan in his prime. My experience with his NBA career was the tail end, where he came out of retirement (for the second time) to play for the Wizards.

And I certainly don’t remember the Lakers and Celtics dynasties of the infant years of the NBA. So for me, this decade has served as a very unique era of basketball where we’ve witnessed an unparalleled greatness.

Despite the somewhat predictable nature of professional basketball right now, in ten or twenty years, NBA fans will be able to say they witnessed arguably the best player in basketball history as well as perhaps the greatest team the sport has ever seen, all in a ten-year span.

When the conversation for GOAT is brought up, the consensus to this day is Michael Jordan, and understandably so. And while certain other players (Kobe, Kareem, Magic, etc.) bear mentioning, there’s really no one who can challenge the throne quite like LeBron James. Since joining the league in 2003, he’s willed his team to the finals nine out of the sixteen years he’s played.

He’s passed MJ in all-time scoring, is top ten all-time in assists, and top twenty in all-time steals. It’s no wonder he only missed the NBA Finals twice this entire decade.

And while the argument of who truly is the greatest of all time can never be settled, we can at least look back and say we got the opportunity to watch one of the greatest players in all of history play in his prime, and that’s something that doesn’t happen often.

One of the reasons he isn’t the consensus favorite is his six losses compared to three victories in the Finals. And the reason he’s lost three out of his last four is that he just so happened to be going up against arguably the greatest team in the history of the league: the Golden State Warriors.

Even before adding NBA MVP Kevin Durant, the Warriors held the title for the most wins in the regular season, toppling the Jordan led Bulls mark of 72-10 by one victory. Granted, they ended up losing in the Finals to, you guessed it, LeBron James, yet they still set a mark that will likely never be reached again. Or at least not anytime soon.

Helmed by a pair of shooters who altered the way the game is played, the Warriors have dominated the second half of this decade in the same manner that LeBron James controlled the first half.

Had it not been for a blown 3-1 Finals lead (and an unfortunate, yet earned one-game suspension for Draymond Green), the Warriors would be competing for their fifth straight title, a feat not accomplished in the modern era.

So whereas some might complain that the NBA has become too predictable and even boring, I say we’ve been able to witness one of, if not the, greatest player as well as one of, again, if not the, greatest teams the league has ever seen. And while some could argue that Michael Jordan and his Bulls teams are the best overall, we never got to see the greatest player go up against the greatest team, because they were one and the same.

So thirty years from now, when NBA fans are recounting their heyday of professional basketball, we’ll be in a unique position of saying that we got to witness something this league has never seen before, and, perhaps, will never see again. Boring and predictable or not, this decade has given us a level of greatness that deserves to be recognized, especially since it’s coming to an end.

For the first time in eight years, LeBron is watching the NBA Finals from the comfort of his Los Angeles home. It’s understandable. Not purely because his surrounding cast isn’t great or that he spent much of the season sidelined with an injury. No, it’s because he’s going on his seventeenth season and greatness at that level can’t be sustained.

Whether it’s one more year or four, LeBron is on his way out, meaning we are losing one of the most tried and true staples the NBA has had this decade. But his greatness isn’t the only one that we are losing.

With Kevin Durant most assuredly leaving the Warriors after this Finals, both Klay Thompson and Draymond Green getting ready to enter free agency, and an aging supporting cast in Andre Iguodala and Shaun Livingston, the Warriors are also about to be changed forever, perhaps in a way that eliminates the confidence that they will once again be a shoo-in to make the Finals.

In essence, we are looking at the end of an NBA era that gave us both one of the greatest players ever and one of the most dominant teams ever. The face of the NBA is about to be forever changed, and while some may cheer on that prospect, let us not ignore the gift that we’ve been given.