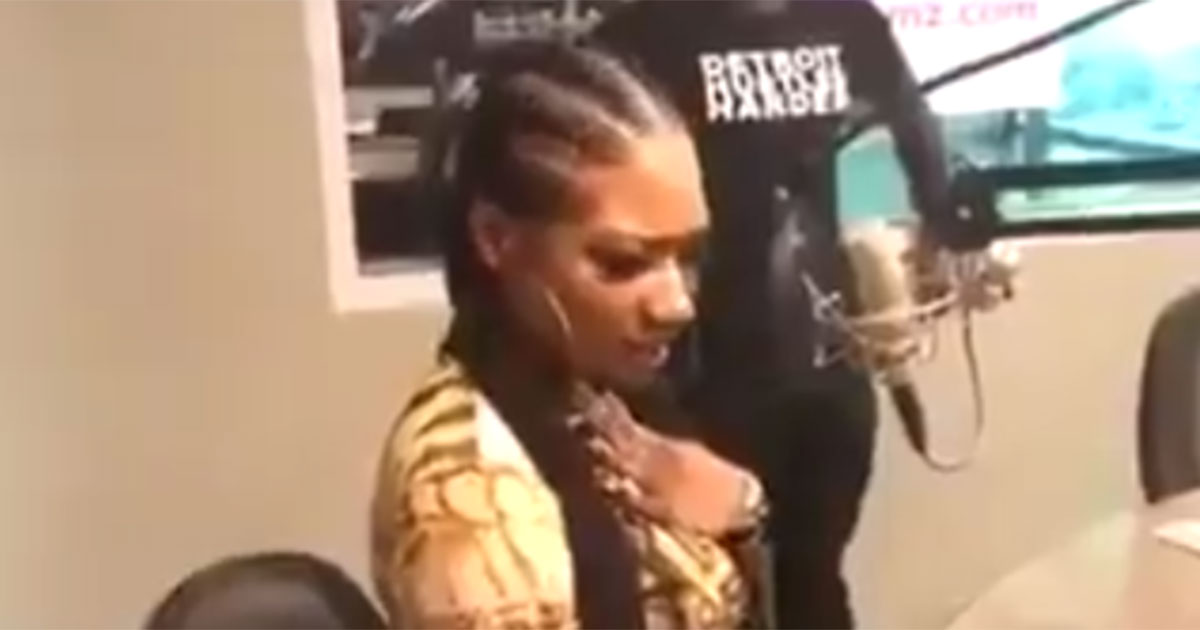 Houston rapper Megan Thee Stallion is blowing up on the radio right now, and she’s been doing a lot of promo as she prepares for the release of her debut album Fever.

However, while things are going great for Megan career-wise, she’s also dealing with the loss of her mother and manager Holly Thomas, who died this past March after battling brain cancer.

As part of her promo tour, Megan stopped by Birmingham, Alabama radio station 95.7 Jamz Friday (May 10) for a quick interview before hitting the stage at an area nightclub later that night.

While there, one of the radio hosts, Funny Maine, asked Megan where her mom was, making for an incredibly awkward situation for everyone in the room.

“Now I was wondering if you was gonna bring your mom with you today, I know she travels with you a lot, but she’s a manager and all that good stuff for you…” Funny Maine said as Megan stared at him with a look of extreme confusion.

“And your mom was in the game before you, right?” he asked as the room remained painfully silent and Megan continued to look distressed. “No? Don’t wanna talk about that? Okay, we’ll go another way then.”

The footage just as bad as you’d think it is. pic.twitter.com/YF1FIqhkyH

Maine addressed his mistake during a break, but didn’t immediately apologize.

He said: “I’m all about energy. I wasn’t prepped or don’t wanna make it weird for you or anything. Are we good?” Meghan responded by nodding her head, and Maine continued: “Just wanna make sure you’re comfortable.”

Needless to say, Funny Maine was dragged all over social media for making such a tragic mistake just two days before Megan Thee Stallion’s first Mother’s Day without her mom.

“Who asked Meg about her mom not traveling with her anymore at 95.7 yesterday?” one fan asked on Twitter. “Isn’t broadcasting a form of journalism? Shouldn’t you do your research before conducting these interviews? Smh.”

Who asked Meg about her mom not traveling with her anymore at 95.7 yesterday? Isn’t broadcasting a form of journalism? Shouldn’t you do your research before conducting these interviews? Smh ?????

Funny Maine addressed the controversy on Instagram over the weekend, saying that what happened was an “honest mistake” and he has since apologized “multiple times” to Megan for the slip-up.

“I know folks want to see a train wreck, but it was an honest mistake and I already apologized multiple times to the one person who deserved it,” he wrote. “Sometimes you can research for hours and still miss important details. And that’s what happened. I wanted to highlight her relationship with her mother for Mothers Day, and just didn’t know what I didn’t know.

“Shout out to her for finishing the interview and being a class act in spite of everything. Apologies again to Meg, her family and her true fans. I’ll take the blame for this one, but my heart was in the right place.”