GOSSIPONTHIS.COM Celebs Kodak Black Hides Behind a Bunch of $100 Bills As He’s Released... 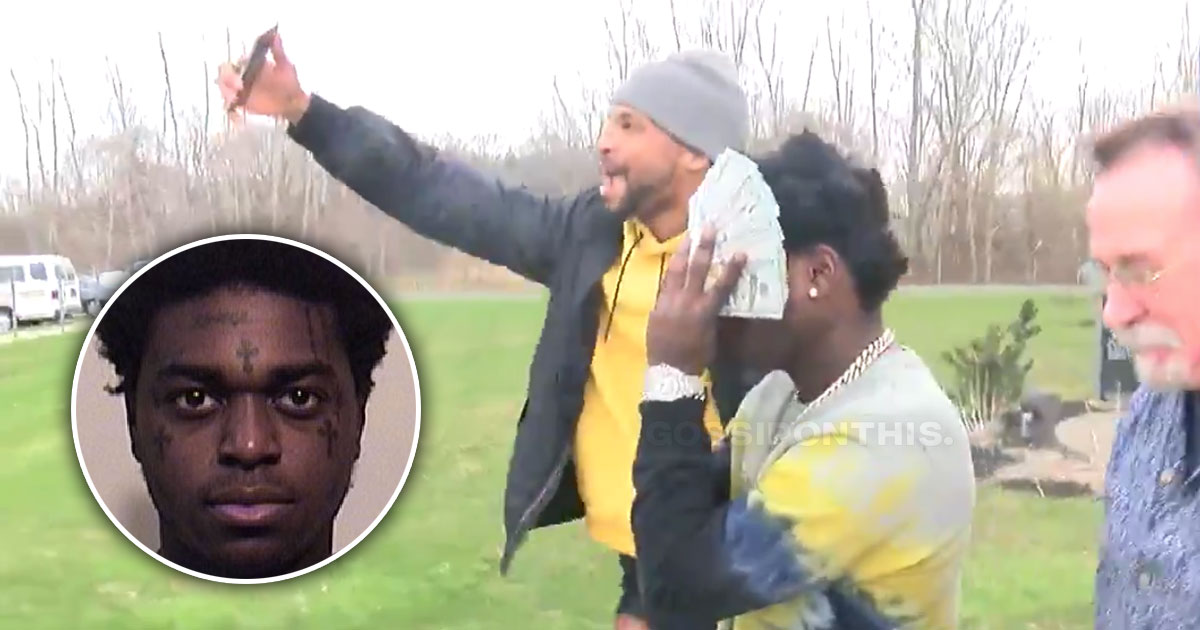 In the words of T.I., Kodak Black was released from jail “quickly, expeditiously.”

After getting arrested Wednesday (Apr. 17) at the U.S.-Canada Border on drug and weapon possession charges, a judge allowed the rapper to post a $20,000 cash bond Thursday in exchange for his freedom, TMZ reports.

WKBW News was at the Niagara County Jail when Kodak was released, and the rapper hid his face from the cameras behind a wad of cash as fans followed him around and took selfies with him.

UPDATE: Kodak Black has posted bail. He used a fan of cash to hide his face from our camera. https://t.co/AlCrhYZAor pic.twitter.com/NaRGHNG9Em

Kodak’s team was forced to cancel a concert last night in Boston due to the rapper’s arrest earlier in the day, and his fans—who waited outside for hours because no one knew were Kodak was at the time—were pissed.

New York State Police said Kodak Black, whose real name is “Bill Kapri” (he changed it from his birth name, Dieuson Octave, last May) and three other men were attempting to enter the United States via the Lewiston-Queenston International Bridge when they were detained at the border for weapon and drug possession.

Police said they found marijuana and an undeclared Glock 9mm pistol in the Cadillac Escalade the 21-year-old rapper was driving at the time.

There was also a Porsche traveling with Kodak’s team with three other people, and the driver of that vehicle declared two loaded handguns, but didn’t declare a third that was found by police in the trunk.

Police also said they found more marijuana in the Porsche, and everyone in the vehicle—22-year-old Jeantony Saintmelus (the driver), 24-year-old Stetson President and 20-year-old Madarrow Smith (the passengers)—was arrested.

Saintmelus, President and Smith were all charged with criminal possession of a weapon, while Saintmelus was hit with an additional marijuana possession charge.

Kodak shouldn’t get too excited about his freedom though, because not only does the State of New York NOT play when it comes to gun charges, the trial for his criminal first-degree criminal sexual conduct charge is scheduled to begin in the summer or fall … and the judge over that case is probably going to look at this latest arrest with a huge side-eye.