GOSSIPONTHIS.COM Sports WATCH: 76ers Players Lose It After Someone Farts on the Bench 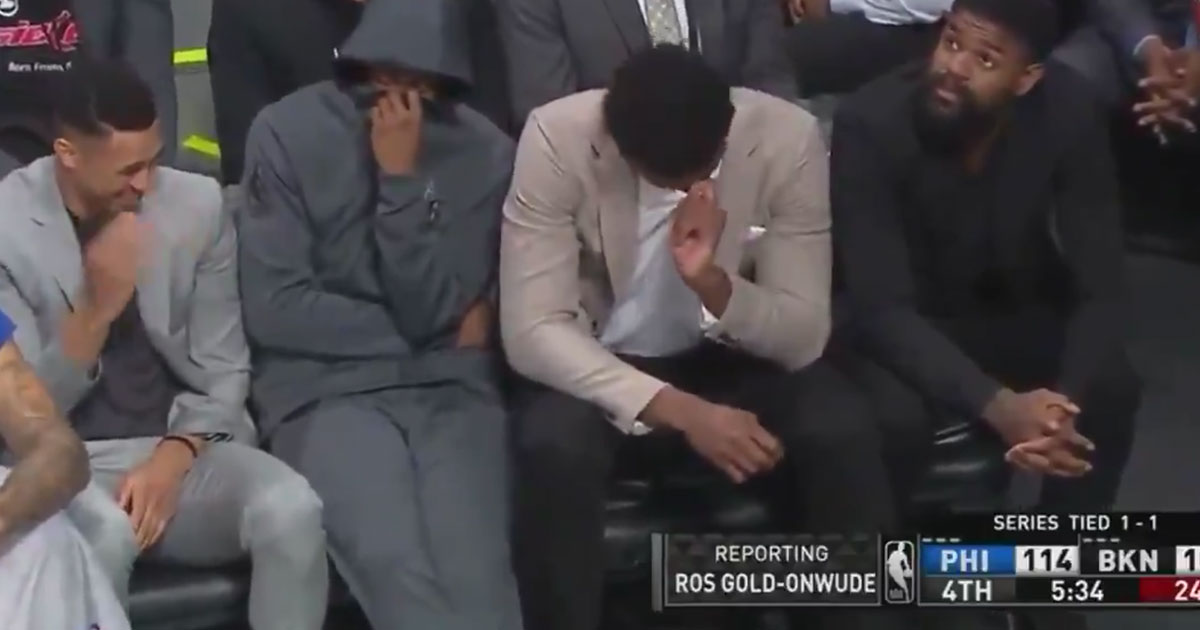 Philadelphia 76ers star Joel Embiid was benched in Game 3 of the NBA Playoffs against the Brooklyn Nets due to a knee injury, and he probably regretted where he chose to sit after someone let out an apparently smelly fart on the bench.

During a break, Amir Johnson of the 76ers came over to the bench as cameras panned over to the inactive players, and judging by their reactions, someone let a nasty one rip near them.

Embiid could be seen covering his nose as other Sixers players seemed equally disgusted, with one player fanning in front of his face.

We interrupt this game 3 to ask…

Who farted on the Sixers bench? ? pic.twitter.com/NJON6brPAT