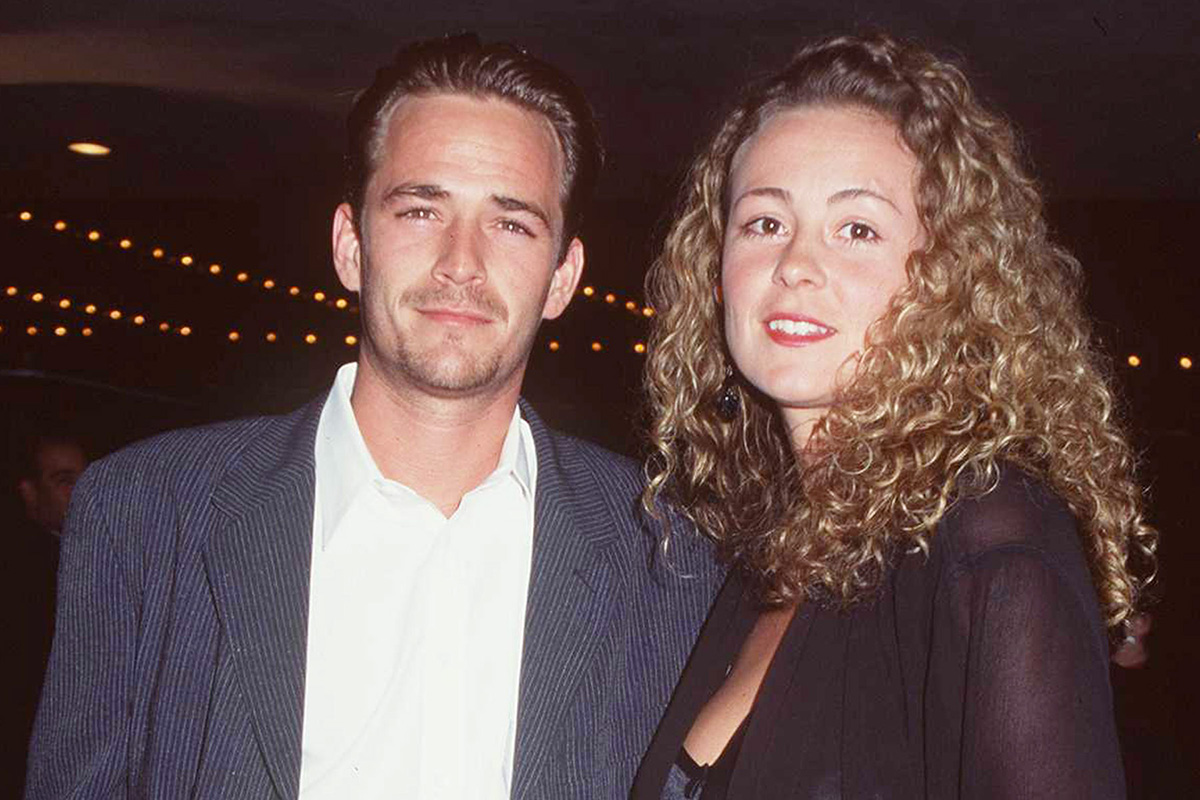 Luke Perry, the heartthrob actor known for his roles on Beverly Hills 90210 and Riverdale, passed away on March 4th and we’re learning more about the people who were closest to him, including his fiancée, his two kids, and his ex-wife, Rachel “Minnie” Sharp.

Here’s what you need to know about Luke Perry’s ex-wife and the mother of his children, Rachel Sharp:

1Luke Perry and Rachel Sharp were married for 10 years before they divorced in 2003.

Perry proposed to Rachel Sharp after he finished the shooting the rodeo movie “Eight Seconds to Glory,” according to People.

Rumors at the time emerged that the couple wanted to elope in Vegas, so they changed plans at the last minute, instead choosing to have a small wedding in San Fernando Valley, California attended by 50 family members and close friends, including some of Perry’s 90210 castmates and crew members.

2There were rumors that Rachel met Luke after sending him lingerie in the mail.

Luke Perry and Rachel Sharp lived together in what Perry described as an “old house on one acre” in the San Fernando Valley.

Tabloid reports suggested that Rachel and Luke met after she sent him lingerie in the mail.

Luke, however, denied the rumors, saying that he and Rachel met in a restaurant. “It’s that simple,” he said, according to People.

Together, Luke Perry and Rachel Sharp have two children.

Jack is a professional wrestler known by his ring name “Jungle Boy” Nate Coy and he’s signed to All Elite Wrestling (AEW). Sophie, on the other, keeps a low profile.

After their divorce, Ruth and Luke maintained a joint custody agreement and were dedicated co-parents, which was something that was very important to Perry.

4Rachel’s late father, Alan Sharp, was a screenwriter and she and her sister were actresses for a brief time.

Luke Perry with his wife and @CandySpelling at the dinner in honour of Aaron Spelling… #BeverlyHills90210 pic.twitter.com/O9dorWWOsj

Rachel’s father, Alan Sharp, was a novelist and screenwriter from Scotland. He published two novels in the 1960s and went on to write the screenplays for around 20 films, most of which were produced in the United States.

Mr. Sharp was an uncredited writer on the 1982 Oscar-winning Mel Gibson movie “The Year of Living Dangerously,” and his other film credits include the 1983 thriller “The Osterman Weekend” and the 1995 action flick “Rob Roy.”

Alan Sharp passed away in February 2013 at the age of 79 in Los Angeles.

Rachel dabbled in Hollywood, appearing in one movie, “Teen Wolf Too,” the sequel to the film “Teen Wolf.”

Her half-sister Ruth Emmanuella Davies, known professionally Rudi Davies was also an actress for a brief time. Rachel and Rudi shared the same father; Rudi’s mother was a writer, Dame Beryl Bainbridge, who died in 2010.

5Luke Perry was engaged to therapist Wendy Madison Bauer at the time of his death.

But when his publicist announced his death, it was revealed that he was engaged to a woman named Wendy Madison Bauer, a family and marriage therapist based in Beverly Hills.

Luke and Wendy were seen in public once in 2017, but she wasn’t introduced as his fiancée or girlfriend at the time. You can read more about Wendy Bauer here.