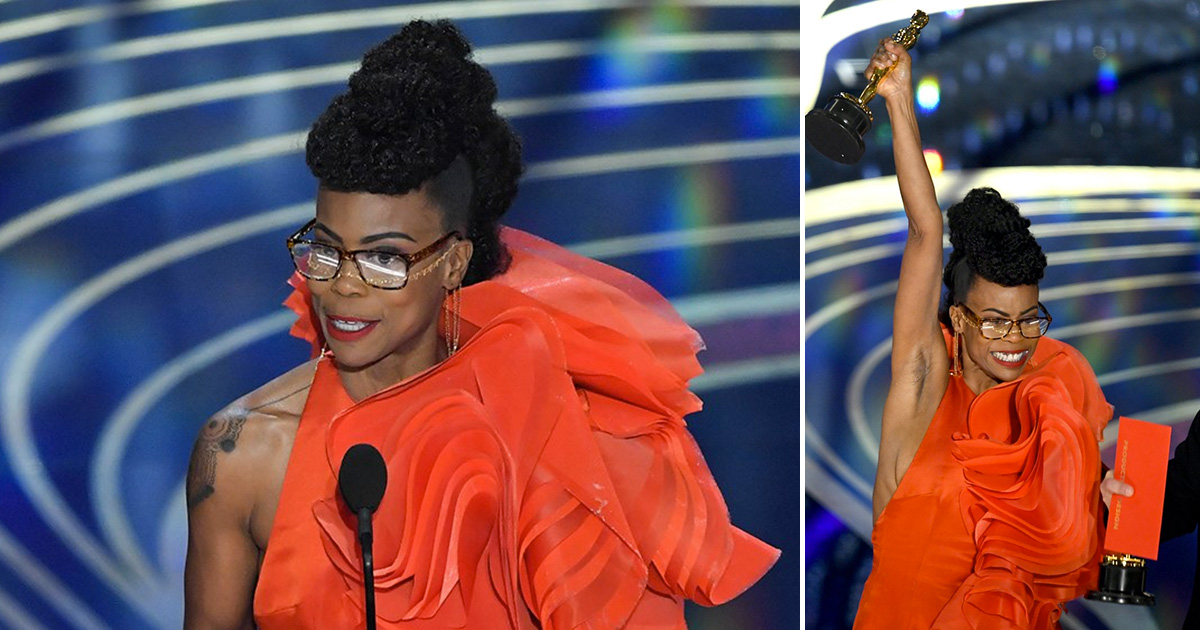 Not long after Black Panther’s historic Oscar win for Best Costume Design, production designer Hannah Beachler made history herself as the first black person to take home a trophy in the production design category for her work in the Oscar-winning Marvel movie.

Via the Los Angeles Times:

The 48-year-old, who has already taken home an Art Directors Guild award and a Critics Choice Award for her work on the film, is also the first African American ever to be nominated in the category. She was nominated and shared the win with set decorator Jay R. Hart.

“My thought is I have to harness this moment and turn it into more…,” she said of her nomination a week before the Oscars. “I can’t just let it slip away and become a big nothing after.”

“Panther” marks Beachler’s third time working with director Ryan Coogler. She worked with him on his first feature, 2013’s “Fruitvale Station,” and again in 2015 on the Rocky spinoff “Creed.”

She has also worked with Barry Jenkins on “Moonlight” and Beyoncé on “Lemonade.” She’s currently working on the upcoming Todd Haynes drama “Dry Run.”

“Black Panther,” which was the highest-grossing movie of 2018 in the U.S. (and the third highest grossing of all time) with over $700 million, was nominated for seven Academy Awards: for best picture, original score, original song, costume design, sound editing, sound mixing and production design.

Earlier in the evening, Ruth E. Carter made history as the first black person to win the Oscar for Best Costume Design, thanks to her work in “Black Panther.” Carter’s win was also Marvel’s first.

Congrats to Hannah Beachler and Ruth E. Carter on their historic wins!