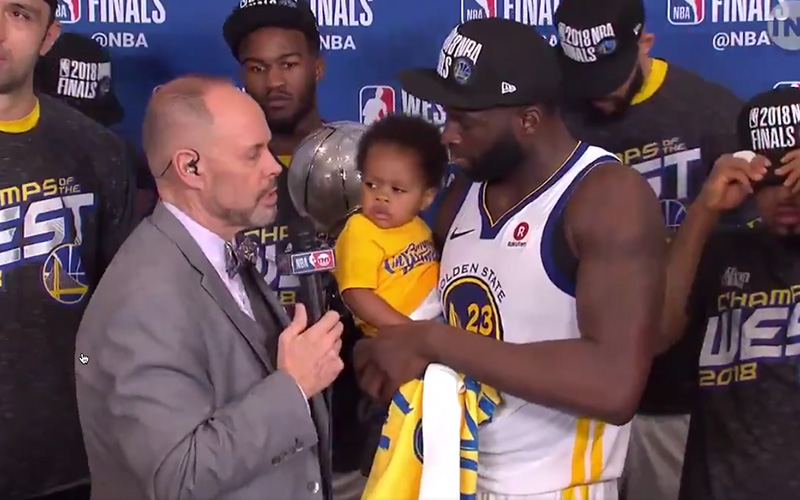 While Draymond was being interviewed by sportscaster Ernie Johnson Jr., little Draymond looked like he was giving Johnson the side-eye—a hilarious moment that quickly went viral on Twitter.

Why is Draymond’s baby is side-eyeing Ernie? ??? pic.twitter.com/iTmSTx8L3v

Draymond Green son was giving the dude the side eye ?????? pic.twitter.com/s5CrUanU0H

Check it out, @Money23Green’s baby already got his game face on for @KingJames and the Cavs. pic.twitter.com/vInjYcMbQE

Draymond Jr. has always been my favorite Warrior.

The first half of Game 7 was a struggle for the Warriors, but Golden State got their sh*t together in the second half, outscoring the Rockets 33-15 in the third quarter.

Golden State ended up closing out the game 101-92 to claim the Western Conference title for the fourth straight year. They’ll face Cleveland—also for the fourth year in a row—in the 2018 NBA Finals. Game 1 will be hosted in Oakland. 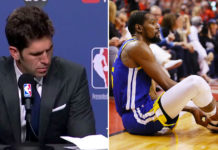