GOSSIPONTHIS.COM Pop Culture Young King Dave Cause of Death: How Did the “I Got Loud”... 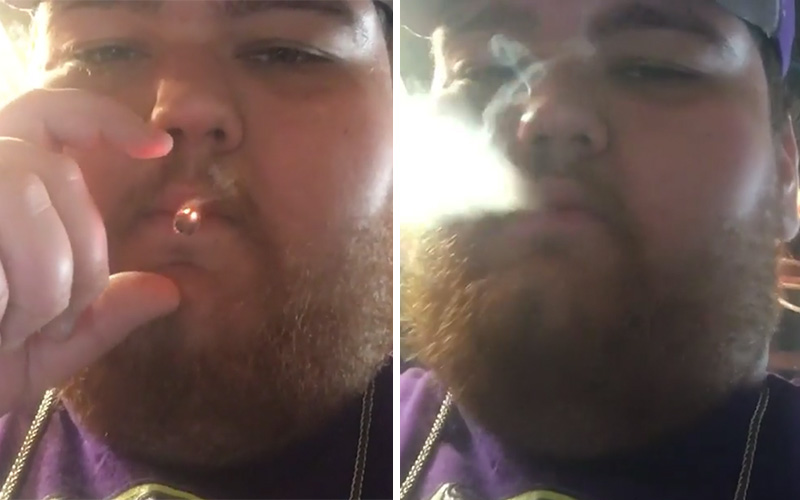 Young King Dave (aka “YKD”), who was known on the internet for his “I Got Loud” viral video, has died. According to close sources, he passed away on Thursday (May 17). He was 19 years old.

Because Young King Dave (real name: David James Nixon) was so young, a lot of people are wondering how he died.

While YKD’s official cause of death hasn’t been revealed, according to his manager and childhood friend Chris Clemenza, he had been hospitalized for the past few weeks after suffering from a collapsed lung.

Clemenza told Motherboard that the internet sensation, who famously coined the term “doinks” (a nickname for large joints/blunts), “died from complications during recovery.”

A friend of Young King Dave’s wrote on Instagram that Dave had “an infection that he let go too long for stupid reasons. But it got so bad they had to put him in a medically induced coma. Then he died.”

It’s sad to know that the same thing that made YKD famous was possibly behind his cause of death. In his last Instagram post, which was shared on March 17th, two months before he died, he said in the video while puffing on a joint, “Yo, I be smoking so much loud, I get out of breath, my guy!”

“I be having to drink water and sh*t, I swear,” he added after trying to suppress a cough. He then took a drink of some water before saying, “All this cotton mouth is really gettin’ to me!”

Young King Dave was a resident of Middleton, New Jersey and had dreams of becoming a rapper.

He became famous on social media after a video went viral, in which he said, “It’s f**kin nice out! Who’s down to chill and smoke some loud, feel me? I got loud. Hit my line!” The phrase “I Got Loud” went on to become an internet meme.

His Instagram bio was changed on Thursday to announce his death: “With deep regret we would like to inform you that YKD passed away and is at peace. He will be greatly missed. #doinkinpeace.”

A GoFundMe page has been set up by Dave’s family to help them with funeral expenses.

“David James, A.K.A YKD, passed away May 17th, 2018,” wrote family member Jonathan Nixon. “We are deeply saddened by this loss and he will be greatly missed. He was a very special person with a big heart and a great sense of humor. We remember all the good times and how he made us smile and are very grateful for all the prayers and well wishes of friends and family. All proceeds will go to his funeral expense and David’s favorite charity, Make a Wish Foundation.”

You can read all about Young King Dave HERE.