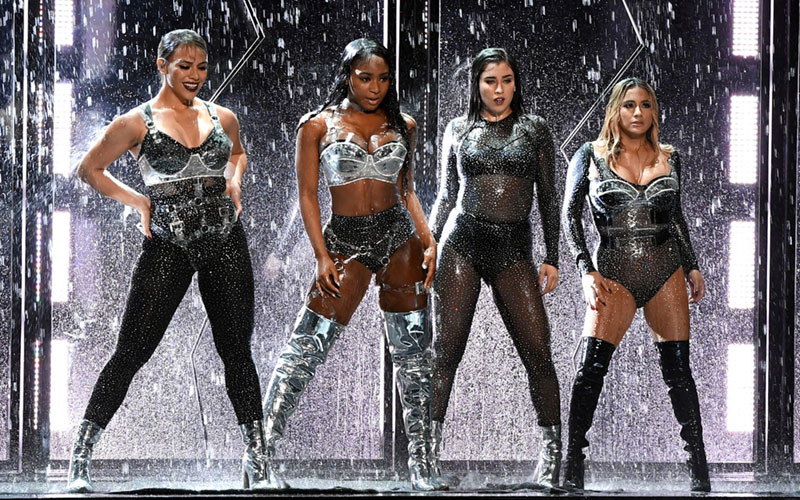 Fresh from the release of their self-titled third album over the weekend, Fifth Harmony hit the stage at the 2017 MTV VMAs, and used their performance to throw a little shade at former group member Camila Cabello.

During the intro, the group started out with five members as they performed their new single “Angel,” but once the beat dropped, the “fifth member” fell backwards off the stage, basically symbolizing Cabello’s abrupt departure last year.

The foursome then went into the album’s lead single “Down,” which featured a quick appearance from Gucci Mane, who also brought his fiancée Keyshia Ka’oir. Another memorable moment from the performance came when Normani Kordei hit a split during her solo part in the song.