GOSSIPONTHIS.COM Celebs Keyshia Ka’oir is Pregnant! She & Gucci Mane Are Expecting Their First... 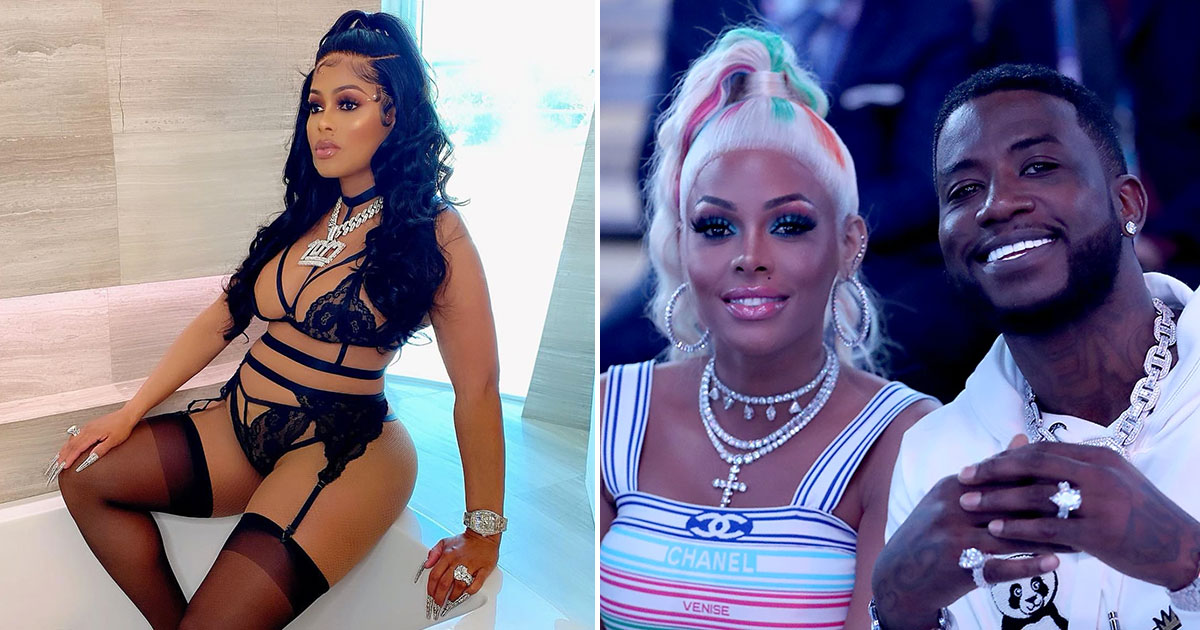 Congratulations are in order for Keyshia Ka’oir and Gucci Mane, who are expecting their first child together!

Ka’oir announced the news on Instagram with a photo showing off her growing baby bump.

She captioned the image: “I ain’t athletic but on @laflare1017 D I did gymnastics” followed by a pregnant woman and baby emojis.

And just minutes later, Gucci followed up with his own post on the ‘Gram, writing: “My wife pregnant my life is great.”

Gucci and Keyshia first met back in 2010 when Guwop was in jail, and they got engaged in November 2016 when the rapper popped the question at an Atlanta Hawks basketball game with a 25-karat ring reportedly worth over $2 million.

They tied the knot in October 2017 (10.17, get it?) in an extravagant all-white wedding that aired on BET in a TV special called the “Mane Event.”

This will be the couple’s first child together, though they both have children from previous relationships.

Gucci Mane (real name: Radric Davis) is the father of an 11 or 12-year-old son, while Keyshia has four children of her own, aged between 15 and 21. With the new addition, that makes six kids total for the Davis family.

Congrats again to the Davises!