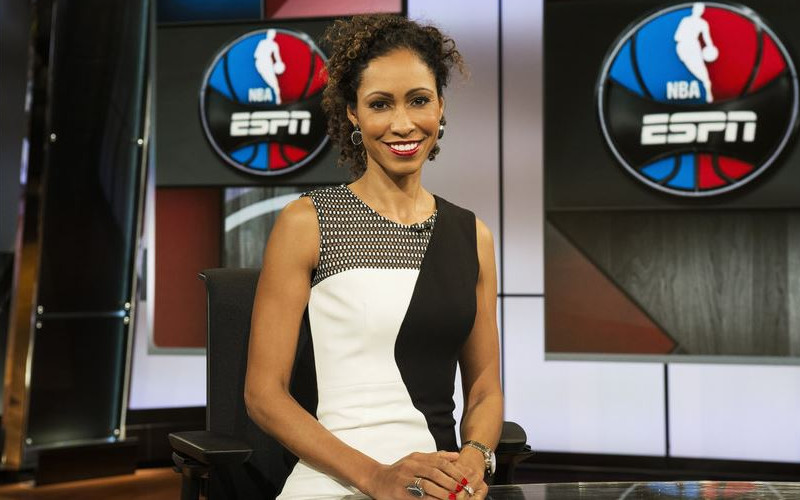 They say you should never revel in someone else’s misfortune. But sometimes the universe works in hilarious ways. Black Twitter practically threw an impromptu party after learning Sage Steele was fired from ESPN.

Though Black Twitter celebrated like she was, Steele was not technically fired. ESPN announced Tuesday (Apr. 4) that Michelle Beadle will replace Steele as the host of NBA Countdown, effectively immediately.

Many believed the controversial sportscaster was exiting the network as ESPN is expected to make layoffs soon. However, Steele’s role is merely changing.

She will continue to appear on SportsCenter on the Road and will have an “expanded on-site presence at events such as the Masters, World Series, Super Bowl, the College Football Playoff, and College Football National Championship.”

Though, avid ESPN viewers say this is clearly a demotion.

Steele has faced heavy social media criticism recently due to some of her viewpoints. She opposed athletes kneeling or not standing during the National Anthem and adheres to the dreaded/ignorant “All Lives Matter” phrase in opposition to the Black Lives Matter movement.

She recently became a social media topic because she was upset that protesters against 45’s Muslim travel ban caused her to miss her flight.

So, all of this problematic behavior aided in Black Twitter’s delight that she had been removed from the popular ESPN show.

Sage Steele was just clowning on Kaepernick for being unemployed….life comes at you fast pic.twitter.com/kGI7zFxHSv

So Sage Steele has been buck dancing and cooning for the past 2 years and STILL got replaced by a white woman. pic.twitter.com/Zb4bZeLM9T

First time ever black ppl are happy that a black person losing their job to a white person. Bye Sage Steele. LOL pic.twitter.com/ofywh9GM0j

We knew something wasn't right with Sage Steele when this happened. pic.twitter.com/VTIe5YpHVw

Sage Steele came in for work and ESPN was like pic.twitter.com/CLNXDSxlpC

When ESPN broke the news to Sage Steele that she was getting replaced on NBA Countdown: pic.twitter.com/QmIzowFC5c

sage steele made it a point to separate herself from the negro community so if they wanna tap dance on her grave, i'll provide a playlist.

It’s safe to say that we won’t miss Sage Steele!