GOSSIPONTHIS.COM Politics Amazon Best-Seller “Reasons To Vote For Democrats” Is a Complete Rip-Off of... 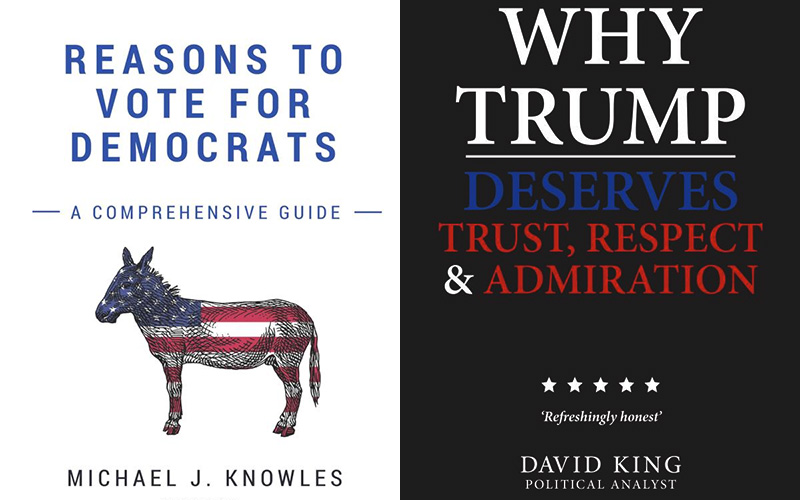 Alright, I know that tensions are high in the political sphere these days. I get it. But the level of pettiness that people are stooping to these days is getting ridiculous. Case in point, the new book Reasons To Vote For Democrats: A Comprehensive Guide.

“Written” by Michael J. Knowles, the 266-page book is described as “the most exhaustively researched and coherently argued Democrat Party apologia to date…A must-have addition to any political observer’s coffee table.”

Now, it certainly sounds interesting for those into that kind of thing, so it’s easy to understand how it has become the #1 best-seller on Amazon and garnered almost 1,500 reviews at a four-and-a-half star average.

That is until you realize that the book is full of blank pages. Get it? There is no reason to vote for Democrats. LOL! But really, I got a chuckle out of that when I first found out, but then it was pointed out to me that this idea had been stolen from another book that came out mere months ago.

Why Trump Deserves Trust, Respect and Admiration by David King did the exact same thing before having his idea stolen by Knowles. And at least King was straightforward with his approach, saying, “this book is full of blank pages. Despite years of research, we could not find anything to say on this subject, so please feel free to use this book for notes.”

If there’s one thing worse than shoving your political opinions down someone’s throat, it’s stealing someone else’s joke and riding that to the #1 best-seller’s list. And while it blows my mind that these two guys have actually made some money by selling a blank book (if that’s not a commentary on modern-day America, I don’t know what is), at the very least, some form of entertainment can be found by browsing the reviews of both of these books.