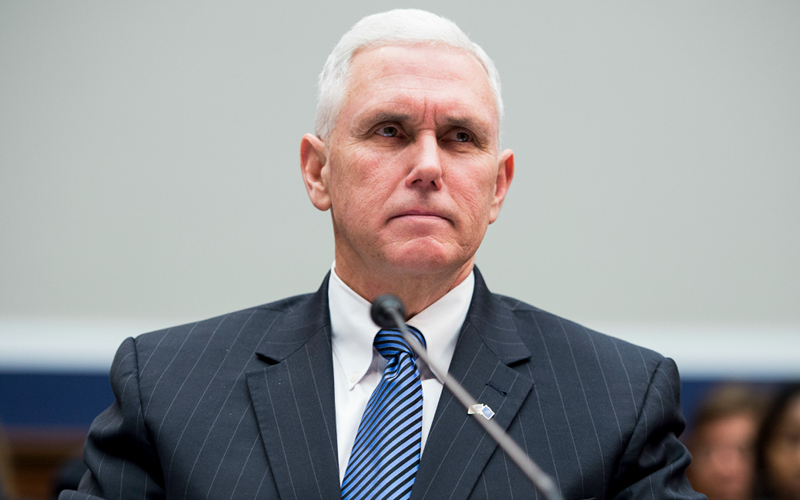 Though black awesomeness should be a year-long celebration, we’ve (officially) got 28 days to cram all the amazing, magical, wonderful, brilliant, things black Americans have achieved and accomplished in this country. It should be a joyous time to celebrate, but unfortunately, the vice president just had to kick things off with some white savior ridiculousness.

Vice President Mike Pence took to his Twitter on Wednesday (Feb. 1) to acknowledge Black History Month. However, instead of honoring one of the pillars of black history like Dr. Martin Luther King Jr. or Rosa Parks, he felt it in his heart to shout out a white man: 16th President Abraham Lincoln!

As #BlackHistoryMonth begins, we remember when Pres. Lincoln submitted the 13th Amendment, ending slavery, to the states #NationalFreedomDay

Pence conflated National Freedom Day, which celebrates Lincoln signing the 13th Amendment on Feb. 1 1865, which outlawed slavery, and Black History Month. However, he didn’t even get it that right. By only crediting Lincoln with ending slavery, Pence erased the efforts of those involved in the abolitionist movement.

Needless to say, Twitter called out Pence for choosing to honor a white man during Black History Month. #PenceBlackHistory and #WhiteBHM and other hashtags were created.

Without the white bus driver telling Rosa Parks to get up, she wouldn't have been able to refuse. #PenceBlackHistory

#PenceBlackHistory Let us remember sir Paul McCartney for introducing us to successful black artists like this one! pic.twitter.com/m9lFlLsyIp

Maybe remember when ACTUAL BLACK PEOPLE did stuff? Besides Ben Carson + Omarosa of course. And um, about the 13th amendment… oh nevermind. https://t.co/dIPV6YAeS4

If white people never enslaved you and took your civil rights, then you would have never had MLK and Malcolm X #PenceBlackHistory pic.twitter.com/kZMQDimIU8

Remembering Teddy Roosevelt today for that one time he had dinner with Booker T. Washington. #PenceBlackHistory

Meanwhile, President Donald Trump and White House press secretary Sean Spicer seemingly have no clue who Frederick Douglas was, his contributions to American history, or that he’s been dead for 122 years.

“Frederick Douglass is an example of somebody who has done an amazing job that is being recognized more and more, I noticed,” Trump stated during a Black History Month breakfast with black leaders and a few of his black supporters.

Spicer attempted – but failed – to explain Trump’s statement later that day after a reporter asked for clarification of what Trump was trying to say.

Yeah, all this was just day one. This is going to be a very interesting Black History Month with Donald Trump as POTUS and Mike Pence as VPOTUS. These white men clearly have no clue what’s going on.