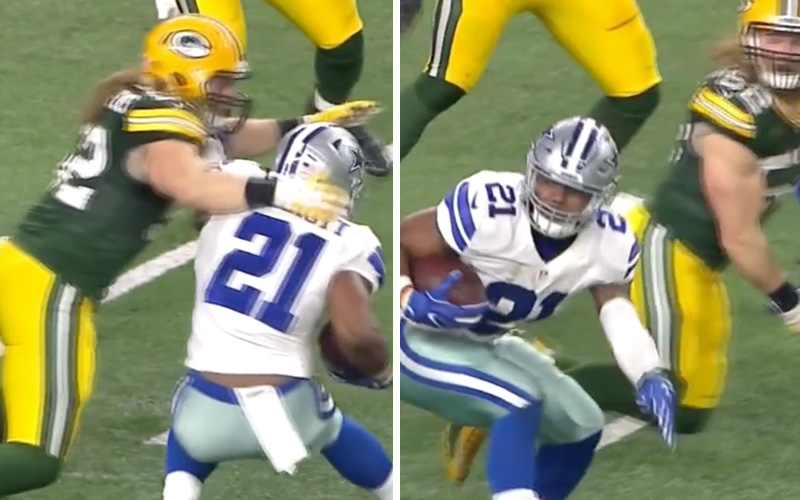 Ezekiel Elliott of the Dallas Cowboys just showed why he’s possibly the best running back in the NFL.

Though it looked like Matthews, a linebacker for the Packers, was going to make a massive play to cause a loss of yardage for the Cowboys, “Zeke the Freak” avoided Clay’s tackle with just enough finesse to not only gain some yards for the Cowboys, but also set up a touchdown for wide receiver Dez Bryant.

Following Dez Bryant’s TD, the Cowboys went on to score a two-point conversion to tie the game at 28, but that wasn’t enough for them to win. Green Bay ended up winning the game, 34-31 and will advance to the next round of the playoffs, ending the season for the Cowboys and dashing their hopes of going to Super Bowl LI.

Green Bay will play the Atlanta Falcons next for the NFC Championship, and the winner of that game will represent the NFC in the Super Bowl.