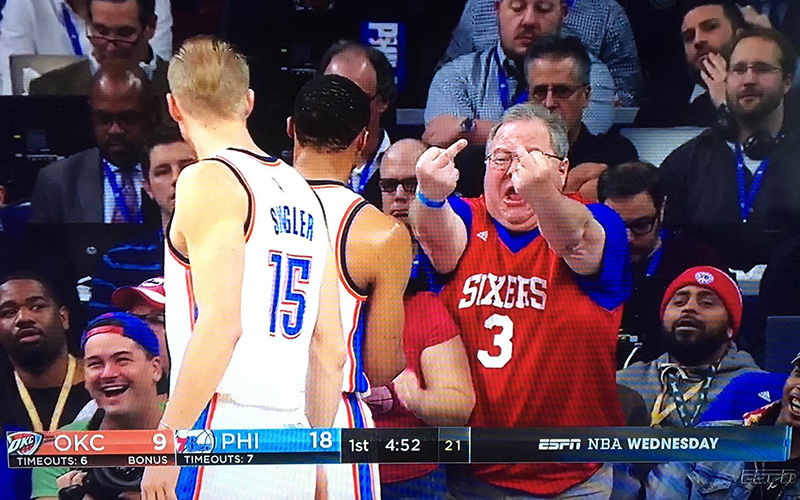 It’s tough being a Philadelphia 76ers fan. For years they’ve been waiting for #TheProcess — intentionally tanking to get good draft picks year after year — to finally pay off, and yet, thus far they’ve seen no return on the big investment of rooting for the worst team in the NBA.

Well, one fan — apparently a local doctor — just couldn’t take it anymore during their first game of the 2016-2017 season. During the first quarter, the fan decided to take his anger out on OKC’s Russell Westbrook near the sideline by doing this:

I don’t know what Russell did to earn the ire of this angry fan, and from his reaction, neither does he. In fact, his reaction to it is probably the best part. He returns the double birds with the double point and, replaces the yell of “F*ck You!” with a look of “What the F*ck?”

Maybe the fan was just jealous of the Thunder’s success over the past years and wanted to try to bring them down a peg. Unfortunately for him, it didn’t work, because he was ejected from the game, and the 76ers ended up losing — surprise, surprise — and his anger will have to continue for another day.