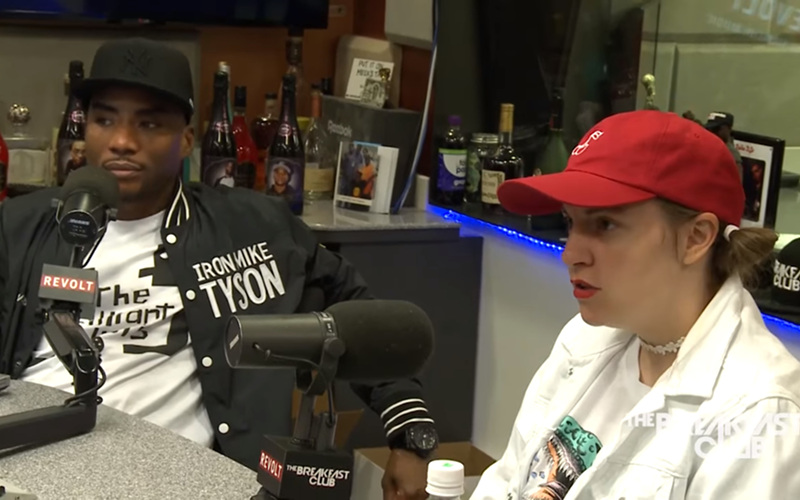 Lena Dunham is still trying to prove to us she’s cool with the black kids. The Girls creator appeared on The Breakfast Club on Wednesday (Oct. 5) and among several topics, discussed what she learned from her recent Odell Beckham Jr. backlash.

Towards the end of the 39-minute interview, the discussion turned toward the backlash she encountered after accusing Beckham of not wanting to talk to her at the Met Gala because of her body type. Dunham tells the radio hosts she learned a valuable lesson from the Twitter dragging.

“It was a great lesson to me in how your humor can be misconstrued. So many of my jokes are about like being insecure in my body, projecting onto other people. But in the written word, it did not translate.

So… basically Dunham learned that she needs to develop a way for Twitter to understand her humor in written form? I’m a little confused on that one.

However, she does go on to explain that she doesn’t want to contribute to the stereotyping of black men.

“The other thing that I was really grateful that women especially educated me about on Twitter was I was unintentionally perpetuating the stereotype of a black man is someone who will holler at anything that’s near him. Especially at this moment in history, we have to be hyper-vigilant about the way that we depict each other because of how much darkness and tension exists in this Trump-ified world that we’re in.”

Dunham has apologized for her mischaracterization of Beckham and added that she will be more careful in “creating destructive images” moving forward. Beckham has still yet to fully address the situation, only briefly noting that he “never [wants] any problems with anybody.”

I realized a few years ago that I have to accept Dunham for who she is at the moment: a typical white woman that may be oblivious to experiences outside of her own. However, I hope she truly understands why her original comments were problematic and is more conscientious moving forward.