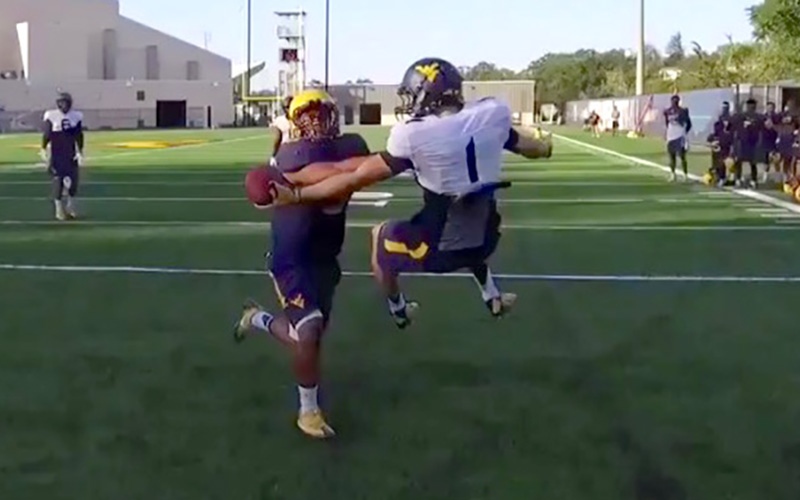 Back in the 2014 NFL season, a relatively unknown receiver made one of the greatest catches of all time. The one-handed snag launched Odell Beckham, Jr. into the national spotlight, making him a household name (and fantasy football commodity) overnight.

Well, earlier this week, an unknown college freshman at West Virginia pulled an OBJ with his own spectacular catch.

Sure, it was in practice, but no one can deny that this is one of the best catches they’ve ever seen. With a defender draped all over him, falling backwards, Druw Bowen somehow managed to reel this corner pass in while staying in bounds.

The catch has caught the eye of many on Twitter:

I'd transfer at that point https://t.co/cLy6fyTdPh

practice, we talking about practice? This is #SCtop10 worthy. What a catch.

As for how the young Bowen is handling his newfound fame?

Today has been wild