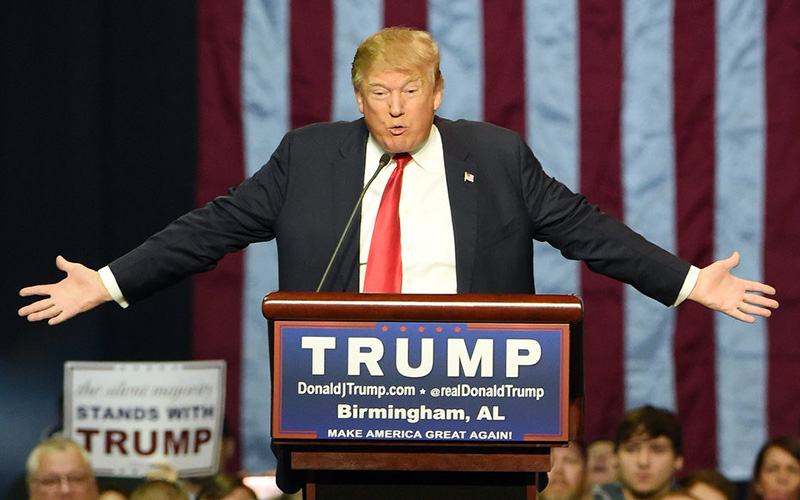 With both the Football and Political seasons in full swing right now, it was only a matter of time before a Marvel Team-Up of Twitter took place, and it’s happened in the form of #InTrumpsNFL.

The trending hashtag has people weighing in on what the state of football would look like if Donald Trump was running the show. And let’s just say it ain’t pretty.

#InTrumpsNFL the sale of churros and tacos will be banned at all stadiums. @MidweekMinute

#InTrumpsNFL He & Roger Ailes would conduct extreme vetting on all cheerleaders. Repeatedly.

#InTrumpsNFL All scoring plays by brown players will be reviewed. TD will be confirmed upon successful review of birth certificate by refs

Referees throw a confederate flag on the field #InTrumpsNFL

#InTrumpsNFL teams whine about losing before the game even starts.

#InTrumpsNFL "We're gonna build a wall on defense and make the opposing teams pay for it!"

#InTrumpsNFL "look at my African Americans over there, on the bench, aren't they amazing?"

#InTrumpsNFL the footballs are small to accommodate tiny hands

All African American players must present a birth certificate before joining. #InTrumpsNFL

Let’s just hope this never comes to pass, or we might see Trump ruin the NFL like he did with the defunct USFL.