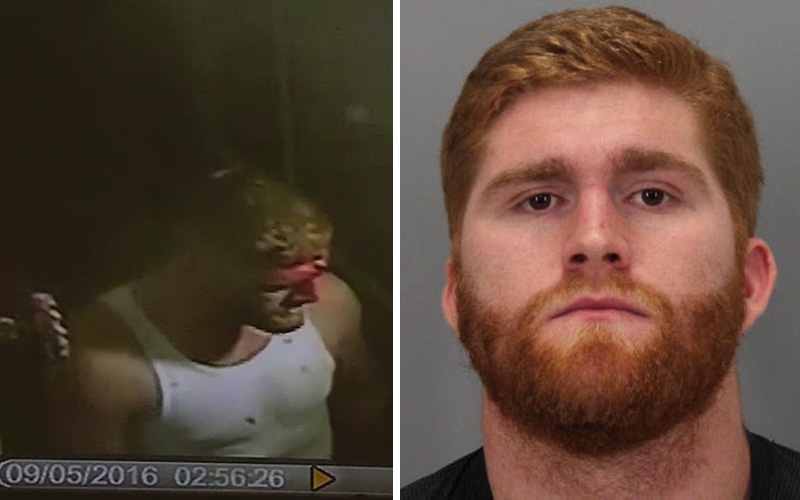 San Francisco is dealing with more off the field drama outside of Colin Kaepernick’s National Anthem protest. Most notably, the arrest of their (now former) tight end, Bruce Miller.

Miller, who switched from fullback to tight end with the arrival of Chip Kelly, was arrested on charges of aggravated assault, elder abuse, threats and battery on Monday and is being held on $178,000 bond.

The incident came Sunday night when Miller, who was apparently intoxicated, entered a Marriott hotel on Fisherman’s Wharf in San Fran. After being told there were no vacancies, Miller proceeded up to a room being occupied by an elderly couple.

While trying to enter, the couple’s 29-year-old son (who was staying next door), came out and tried to tell Miller he was in the wrong room. Miller’s response? Fighting the son, and then the 70-year-old father when he jumped in to protect his son.

Both the son and the father suffered injuries and were taken to the hospital. A video surfaced today showing Miller after the alleged assault looking bloody and disoriented.

After initially saying they were waiting to collect more facts, the 49ers today decided they are going to release Miller from their team.