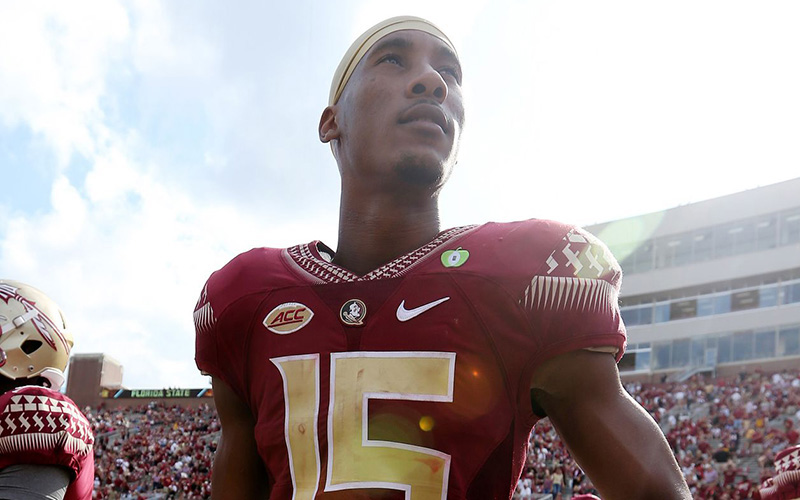 Keeping up with the news can be a depressing venture. It seems like anytime you browse the internet, watch news on the TV, or listen to the radio, it’s nothing but bad things being reported. And while there are certainly a number of unfortunate events happening across the world, there’s just as many good things that happen and never go noticed.

Take, for example, a simple yet kind act made by Travis Rudolph, a wide receiver for Florida State University. Yesterday, some of FSU’s players visited a middle school in Tallahassee where Bo Paske goes to school.

Bo just entered middle school and is struggling socially, mainly due to the fact that he suffers from autism. His mother, Leah, says that she “remember(s) middle school being scary, and hard. Now that I have a child starting middle school, I have feelings of anxiety for him, and they can be overwhelming if I let them.”

Every parent wants the best for their child, but it can be difficult when you know you can’t shield him/her from all of the negativity in the world. So imagine how happy Leah was when she received the following picture. That is Travis enjoying his lunch with Bo, who was alone at the lunch table. The simple act went a long way, though. As Leah explains in a Facebook post, when she saw the picture she, “had tears streaming down my face…I’m not sure what exactly made this incredibly kind man share a lunch table with my son, but I’m happy to say it will not soon be forgotten.”

The 20-year-old, along with four other football players, was visiting the school to meet with the students when he saw Bo, a sixth grader, eating lunch all by himself. “I asked could I sit with him and he said, ‘Sure, why not?'” Rudolph told Seminoles.com. “He told me his name was Bo, how much he loves Florida State. And we went from there.”

Rudolph said one of Bo’s first questions to him was if he was in the NFL, to which he replied, “Not yet.”

Rudolph told Tallahassee’s WCTV in a later interview that he and Bo had a “great convo,” and he called Bo a “great kid overall.” He added, “Honestly that’s a cool person. I’ll hang out with him any day.”

After hearing about the photo going viral on Facebook and how it touched Bo’s mother’s heart, Rudolph said he was close to tears and invited Bo and his family to join him for an FSU football game this season.

“You can affect people in a lot of ways. That’s the way you affect people,” Fisher told the Orlando Sentinel. “Make somebody’s day by being yourself, and going and spreading the word, and understanding the impact you have as an athlete and role model to people in the community.”

Sometimes it doesn’t take much to change someone’s day. A simple gesture, like enjoying lunch with a lonely kid, speaks volumes about the man Travis Rudolph is and goes a long way in both Bo and Leah’s life.