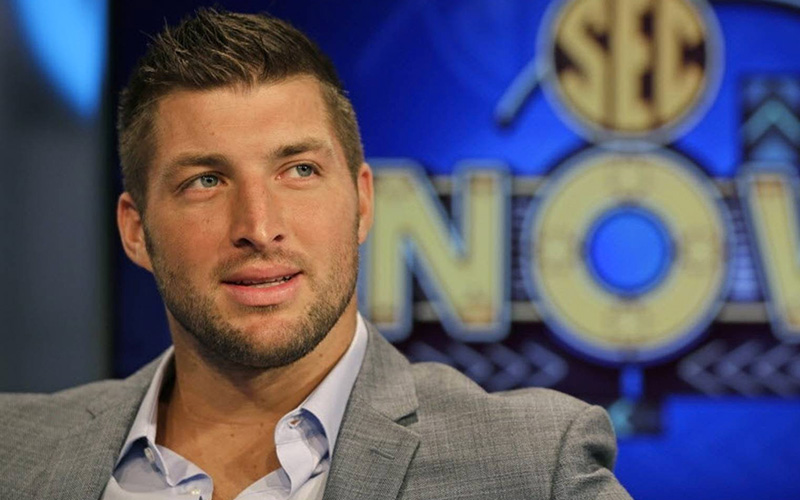 Tim Tebow is kind of like a Christian version of Johnny Manziel. Both were great Heisman winning college quarterbacks — Tebow became the first Sophomore to ever win the award in 2007 only to be one-upped by Manziel in 2013 as a freshman. Both also had underwhelming NFL careers and exited the league early (Manziel may have a chance to come back, but, let’s be honest, he’s not). But where they differ is in how they handle life outside of the NFL.

While Johnny Football spends his time partying, drinking, and doing drugs, Tebow has made a career as a college football broadcaster, continuing to rake in the money in a football-related role after his disappointing NFL career. And while Manziel continues to slip into the deep end, Tebow continues to strive for greatness, only now, it’s not in football.

As it turns out, the former NFL quarterback is looking to pull a Michael Jordan and transition to a new sport — baseball. For the past few weeks, word has been spreading that Tim Tebow wants to try out for the Major Leagues. From partnering with a baseball agent to spending time in the batting cage, it looks like Tebow’s aspirations to play in the Bigs isn’t a joke.

And it’s not unprecedented. Tebow used to be an All-State baseball player in Florida as a highschooler, amassing a .494 ERA as Junior. But, as many sports personalities have noted, there’s a big difference between high school ball and the major leagues.

Regardless, it was announced recently that Tim Tebow will hold a workout for up to 20 Major League teams on August 30th. This will be his chance to prove to the League that he is a viable option and worthy of a chance to play professional baseball.

While many don’t believe Tebow will actually stand a chance to succeed, or worse, that it’s some kind of publicity stunt, there are some that think it’s a possibility. A former MLB catcher, Chad Moeller, thinks Tebow has what it takes.

Whether or not that’s true remains to be seen. Luckily for those interested, you don’t have to wait long. Next Tuesday, August 30th, marks Tebow’s first real shot at proving he’s got what it takes, so we’ll know soon enough.