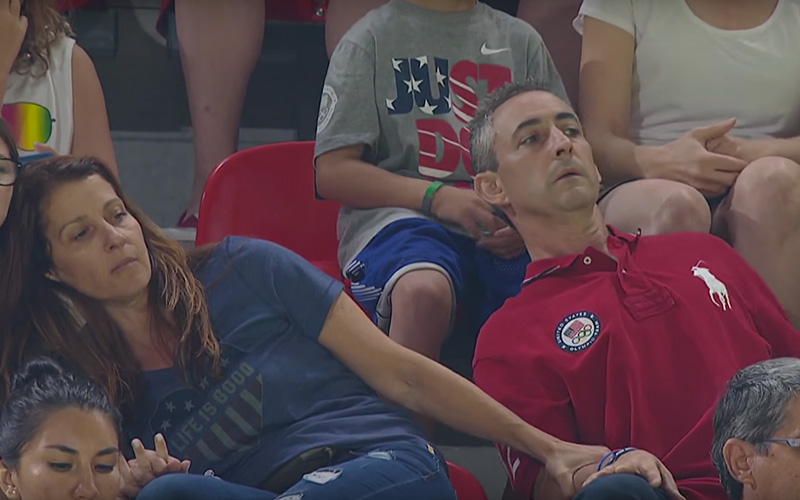 Being a parent isn’t always the easiest thing in the world. You want nothing but the best for your child, but sometimes the struggle is real when you have to take a step back and watch them, well, struggle.

It’s no different for the parents of Aly Raisman, the 22-year-old gold medal American gymnast nicknamed Grandma. During Sunday’s (Aug. 8) beam performance, Aly nearly fell off but managed to save herself and finish with a strong performance.

But while watching Raisman compete is entertaining, it doesn’t hold a candle to watching her parents watch her compete.

By this point, the Raismans are well known for being squirmy parents while watching their daughter do her thing. Back in the 2012 London games, the camera caught the couple reacting the same way.

Not many parents get the opportunity to watch their child perform on the biggest stage in sports, but most can relate to the powerless feeling of hoping they succeed without the ability to help. But most aren’t quite as visual with their feelings as the Raismans.

Regardless, I just hope Aly is able to pull an Oksana Chusovitina and compete into her 40s so that we keep getting these great reaction videos from her parents.