GOSSIPONTHIS.COM Pop Culture Russell Wilson Gushes Over Being A Stepfather to Baby Future 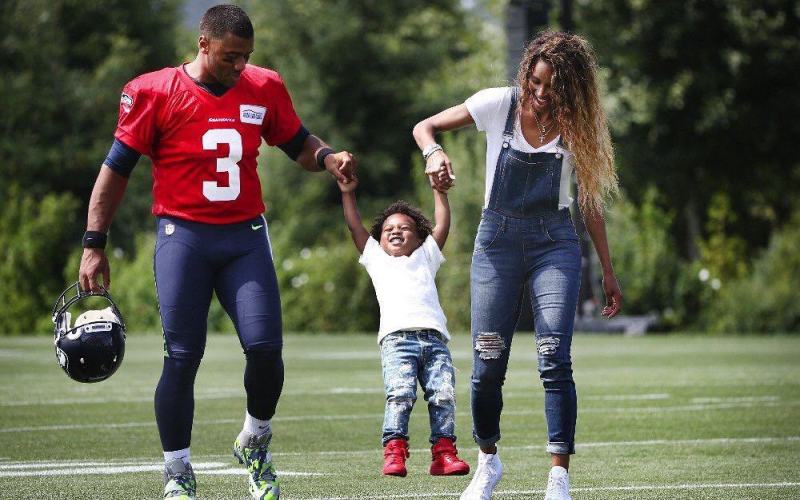 Ciara and Russell Wilson seem to be pretty happy since tying the knot. Many are now wondering if the two plan on having kids anytime soon.

Though they have discussed having children in the past, a source says it’s just not the right time to add to the family of three. “They are focused on their respective careers right now,” the source said.

“You think about how important life is…me and Ciara just got married. She has a little man, he’s awesome and cute as can be, he’s a special kid” he told Maria Shriver during a recent episode of his web series Architect for Change.

“I’m a stepdad now. When I see this kid, he’s 2 years old, he’s so sweet and loving, always has a smile on his face. Being a stepfather, it’s about loving the child because the child can do something amazing in his life.”

Wow, if you believe all the gossip, it seems Wilson is more invested in Baby Future’s well-being than his biological father, Future. I wonder how the rapper feels about Wilson’s prominent role in his child’s life. Hopefully, seeing Wilson’s positive example will encourage Future to step up to the plate.

Ciara and Future have been going through a heavily publicized custody battle. The rapper says he hates lawyers and the court deciding when he can see his son. Meanwhile, Ciara says she has never refused visitations whenever Future wanted to see Baby Future. Though Ciara requested full custody, the two current have joint custody.