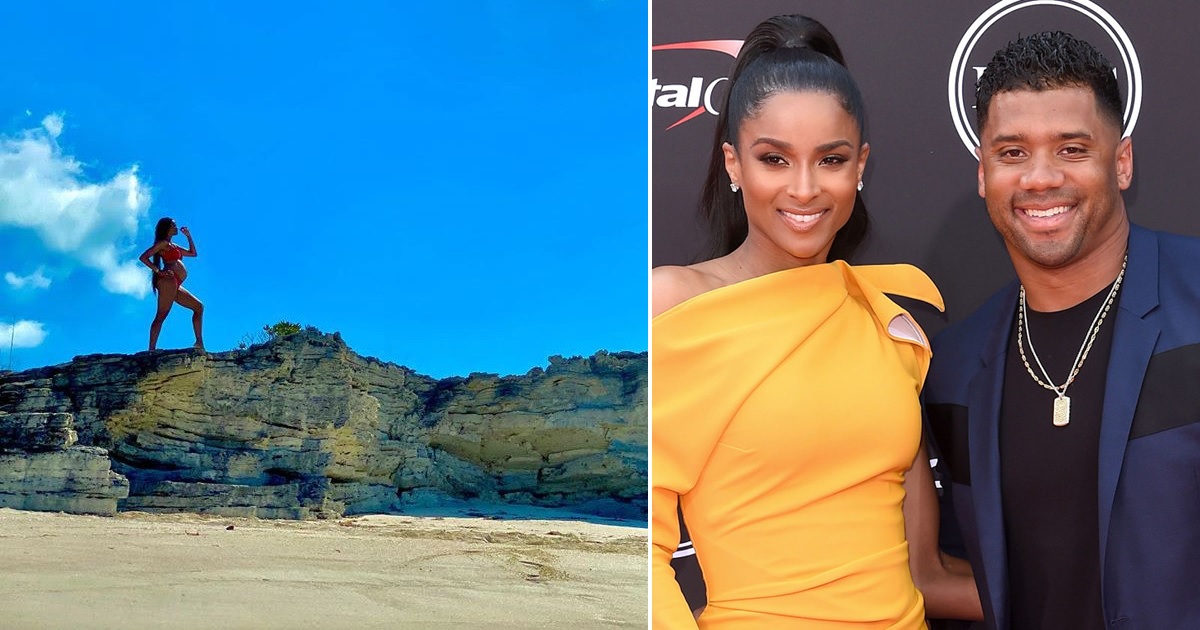 One, two, and now three step! Ciara just may have to remix one of her signature songs after the singer’s latest news.

Ciara just announced that she’s pregnant with her third child! This will be her second with her husband, NFL Quarterback Russell Wilson.

Ciara shared the happy news with fans in an Instagram post on Thursday morning (Jan. 30). Posing on rocks on the beach and wearing a bikini, the baby bump speaks for itself.

“Number 3,” she simply captioned the post, along with giving Wilson the photo credit.

The Seattle Seahawks QB also shared a photo on Instagram announcing the pregnancy, using the same simple caption as Ciara.

There aren’t many details about the baby. However, Ciara does seem to be at least into her second trimester.

Ciara and Wilson got married in a lavish ceremony in England in 2016. The couple welcomed their first child, Sienna, in April 2017.

Ciara also has a five-year-old son she shares with rapper Future.