GOSSIPONTHIS.COM Sports Daaaaamn, Draymond! Back At It Again With the Kicking in Game 7 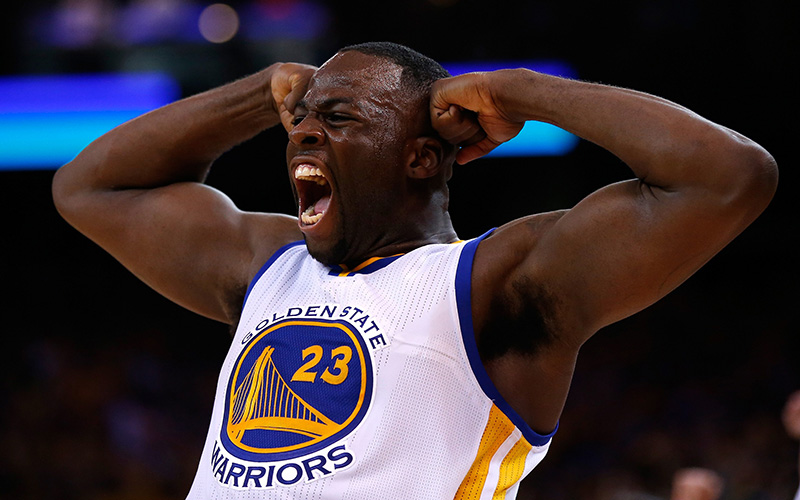 We all know the story of the finals by now. A historic comeback by the Cavaliers to give Cleveland its first championship in over 50 years, the ugly cries and crazy celebrations that came right after, and, of course, the kung fu of Draymond Green that warranted him a suspension in the crucial Game 5.

Well, it turns out Draymond might not have learned anything from his suspension, as, during the closing moments of Game 7, Green was back at it again — this time against Cavs guard Kyrie Irving.

The connection may not have been as direct as against LeBron James and Poor Steven Adams of the Warriors, but no one’s leg kicks OUT like when falling naturally.

It’s hard to argue that these tactics aren’t intentional by the do-it-all forward of the Warriors. The only possibility is he suffers from the waking “jimmy legs.”

Regardless of the reason, the Warriors still lost the series and had to watch as the Cavs celebrated on their own court, which had to suck.