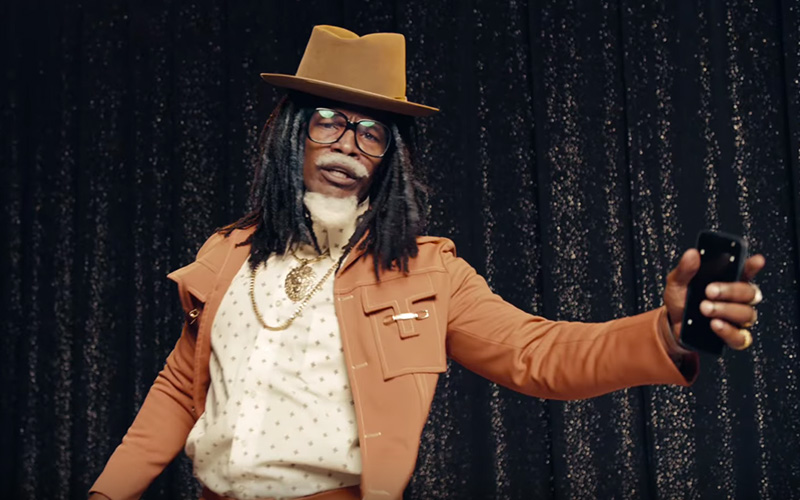 Jamie Foxx is a pure fool!

While many of the commercials of the night flew under the radar for what was essentially the “Super Bowl” of the NBA, this one in particular stood out. In the commercial, Jamie Foxx — complete with faux dreads, a casket sharp suit, and a Future-esque hat — plays Future’s fictional father “Past,” and he’s performing a song called “I Got Verizon,” which sounds oddly familiar to Future’s hit single “Commas.”

“They call me ‘the Past,’ my son is Future, I taught the boy erry-thang. Check me out,” Foxx, err, we mean, “THE PAST” says at the beginning of the 30-second ad spot. He then proceeds to dab and dance with his cane while singing the “I Got Verizon” jingle.

Watch the hilarious commercial below.