GOSSIPONTHIS.COM Pop Culture Some People Were Shocked That Lady Gaga Can “Sing Like That” 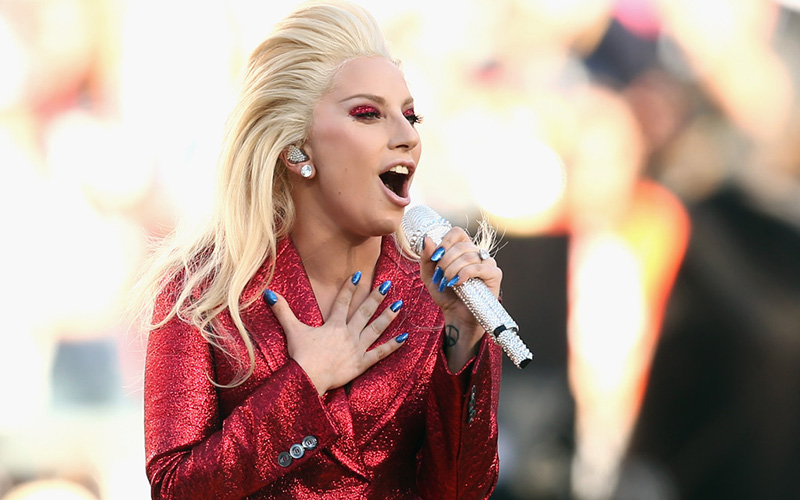 Before Beyoncé won the Super Bowl, Lady Gaga, dressed in an all red sparkly suit, blew the crowd (and viewers watching at home) away with a flawless rendition of the National Anthem.

Though Gaga has been around for a while now, there are still some people out there who only know her for wearing a meat dress at the VMAs that one year and having a bunch of Pop hits.

They don’t know that Lady Gaga (born: Stefani Joanne Angelina Germanotta) is a classically trained singer who has some pretty impressive vocal chops.

So when she was announced to perform the Star Spangled Banner at the nation’s biggest event of the year, folks were skeptical about whether she could pull it off.

And she did. She pulled it off, and then some. If there were a roof to blow off, Levi’s stadium in Santa Clara, California would need some repairs, because … WOW.

Lots of people watching the Super Bowl at home were shocked that Lady Gaga could “sing like that.” They honestly had no idea.

Who knew @ladygaga could sing like that? No hiding in national anthem.

I did not know Lady Gaga can sing like that…… ?

Wow!!! Off to a great start. Didn't know @ladygaga could sing like that. #SuperBowl #NationalAnthem

Lady Gaga can sing like THAT?! Who would have thought… #SB50 #stunning

Had No Idea Lady GaGa Could Sing Like That Wow ?

First of all, who knew Lady Gaga could sing like that. I'll be honest. I didn't know.

Like if you just found out while she sang the anthem pic.twitter.com/EDW5zPZsLG

My face when people said they didn't know Lady Gaga could sing like that… #SuperBowl #LadyGaga #LadyGagaSuperBowl pic.twitter.com/8SZ7pBpsBW

Me tonight after the National Anthem when people I've known for years say "who knew Lady Gaga could sing like that?" pic.twitter.com/CLwsxKtGR5

"I didn't know @ladygaga could sing like that" pic.twitter.com/nI7AAoFUiO

Seriously though… WHERE HAVE YOU BEEN?