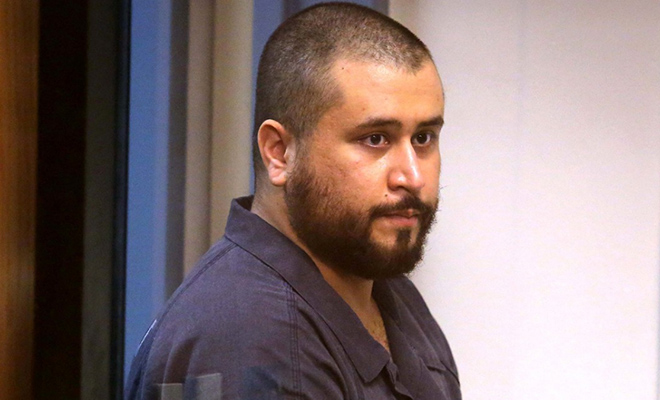 THIS IS F**KING RIDICULOUS!!!

In case you aren’t aware, acquitted child killer George Zimmerman is so dead set on becoming a “celebrity” and profiting over Trayvon Martin‘s dead body that he actually hired some shady boxing promoter to round up potential opponents for him in an upcoming “celebrity boxing match” to be held sometime in March.

After what seemed like literally no time, the shady promoter Damon Feldman announced that out of thousands of applicants, they picked DMX to fight Zimmerman, but the rapper later said in an interview that nothing had been confirmed, though he would “gladly beat the sh*t out of [Zimmerman].”

Well, over the weekend, Feldman got cold feet and canceled the match, just four days before a planned press conference with Zimmerman.

“I’m sorry for anyone I hurt with this, but this was a very big opportunity,” promoter Damon Feldman tweeted. “More to life then [sic] money. It was worth a lot of money to me, but people’s feelings meant more to me. I walked away from a million dollar payday with this fight but to be honest, I’d rather be happy and make people happy. Thank you.”

Speaking to Rolling Stone after the cancellation, Feldman elaborated on his decision. “Zimmerman was the wrong person to have in this,” said Feldman. “I looked into the eyes of my son and daughter today and couldn’t imagine someone killing them and getting off scot-free. It just really hurt. It was a tough decision because I could have made two million dollars here, but at least I have my dignity. I’m happy. Thank you.”

DMX’s publicist Domenick Nati told Rolling Stone, “As previously stated, DMX never agreed to the fight and we thank you for all of the support from DMX’s fans. This situation will not affect any of DMX’s upcoming concerts in America or around the world.”

Wrong. So wrong. So VERY wrong.

Now TMZ is reporting that Zimmerman has hired a new “promoter” and the “celebrity boxing match” is back on, like Donky Kong:

An online streaming service called FilmOn.com says it secured the rights to a Zimmerman fight … after the original promoter, Damon Feldman pulled out because of threats made against his kids.

FilmOn says it’s gonna give the public what it wants — blood — and tells us DMX is out as the challenger because “much bigger names than DMX” want in.

The owner of FilmOn, Alki David, tells TMZ … the fight will no longer be a celebrity boxing match… “this is going to be like Fight Club … a very bloody event.” Alki says the fight will happen March 15 from a secret location … and all profits will go to the Trayvon Martin Foundation.

But TMZ has learned the resurrected fight is not yet a done deal — we’re told FilmOn is still negotiating with Feldman for the rights and nothing has been signed.

Feldman withdrew from the fight yesterday after he said he was bombarded with threats. One Tweet said, “Somebody should kill Damon Feldman’s son and ask him would he put his son’s killer in a celebrity boxing match.”

Feldman says he’ll reveal all tomorrow at a news conference.

Are we all not seeing the BIGGER picture here? F*ck entertainment. F*ck a “bloody match.” F*ck it all.

Here we have a man who murdered a teenager, got away with it, and now he wants to “box” someone … FOR CHARITY? GTFOH, clown.

If this fight does happen, we hope whoever George Zimmerman’s opponent is beats that ass so bad that he gets some sense knocked into him.