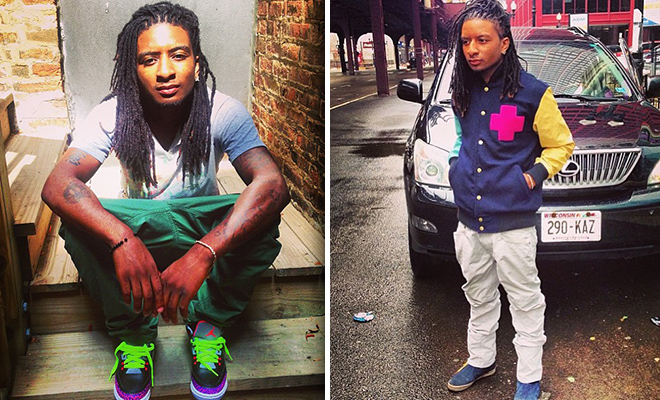 4. His mother “spoiled” him and gave him everything he wanted. The loss of Yolanda Holmes stunned the Uptown Chicago neighborhood where she was well-known and well-loved.

The 5-foot-tall Holmes had a strong personality, and was very frank and “very outgoing,” her cousin Zion Banks said.

She had “a real sense of community and family in her heart. She was the shining star of our family,” Banks said. “Everybody looked up to her for direction.”

The North Side resident was also a popular, community-minded figure who handed out free school supplies to are children and hosted back-to-school parties, in addition to her duties as the owner of a beauty shop: the busy Nappy Headz Salon.

So she was pretty well off, financially, and was said to have spoiled her son and gave him everything he wanted:

Bouvi’a and Julie said they remember Wilson as a “spoiled,” child who was well-treated by Holmes, a prominent beautician, successful business owner and active member of the Uptown community.

Holmes bought her son a Camaro, kept him stocked with designer clothes and helped him find jobs when he needed help, they said.

Even so, Bouvi’a said Wilson often exaggerated his mother’s finances to other kids. She remembers overhearing Wilson, as a 16-year-old hanging outside his mother’s salon, boasting to his friends: “I got money.”

“He bragged a lot that his mom had money and he was rich,” she said.