GOSSIPONTHIS.COM Celebs Steve Francis Was Spotted in China & He Doesn’t Look So Good... 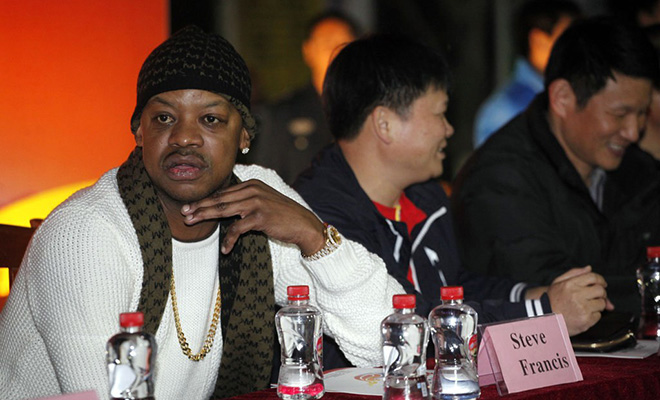 Does anyone know what the hell is going on with Steve Francis? He’s not looking so good these days…

The former NBA star recently made a public appearance at an event in Luizhou (located in China’s Guangxi region), where a batch of unfavorable pictures were taken.

Francis is just 37 years old, but these photos make it look like he should have an extra 30-40 years added to his age.

This is Steve Francis, and I am not joking: pic.twitter.com/mUPHxMzyPx

But what’s wrong with him? Is he on drugs? Does he have a terminal illness we should know about?

Did he fall hard on his face while playing basketball with his buddy Yao Ming? Should we be concerned for his well-being?

WHAT THE HELL IS GOING ON WITH STEVE FRANCIS?