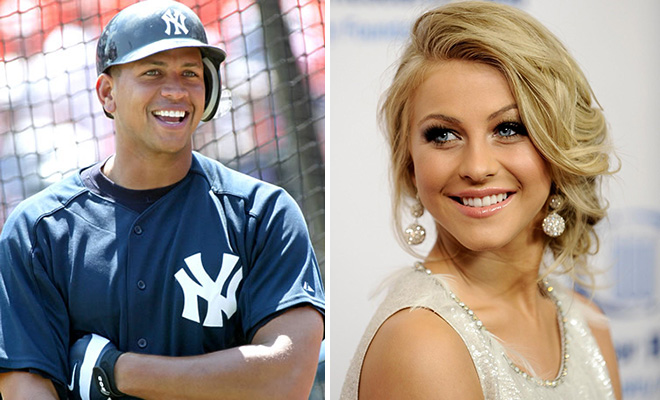 Looks like the performance enhancing drug scandal isn’t the only thing Alex Rodriguez has to be worried about these days.

Well, at least that’s what the Enquirer is saying, so take it with a grain of salt.

The tabloid alleges that Rodriguez had his heart set on the former “Dancing with the Stars” sensation but that the 25-year-old wasn’t interested.

So what deterred her? Could the barrage of negative attention Rodriguez has received have something to do with it?

Apparently, it came down to the fact that Hough still has the hots for her ex-boyfriend Ryan Seacrest. Hough and Seacrest dated for three years before splitting in April, and now the “American Idol” host is reportedly dating model Dominique Pick.

“[Alex] asked [Julianne] out through their reps, and she’s seriously considering it,” a source told the mag. “She’s still hooked on Ryan. The only reason she’s even considering a date with Alex is to make him jealous.”

“If Julianne agrees to a date, Alex plans to pull out all the stops to impress her,” the source added.