GOSSIPONTHIS.COM Sports Derrick Rose Out for the Rest of the NBA Season with Torn... 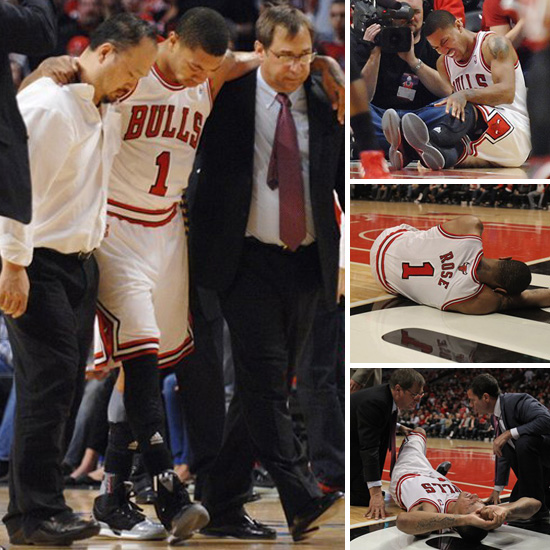 Derrick Rose will miss the rest of the NBA postseason after he tore his ACL last night as the Chicago Bulls took on the Philadelphia 76ers Saturday (Apr 28) during Game 1 of the 2012 NBA Playoffs.

The injury happened near the end of the game with just over a minute to go when Rose landed awkwardly after a jump stop and fell to the floor.

The Bulls later announced that Rose had torn his ACL and will not be able to play in any of the remaining playoff games.

This makes Rose’s sixth injury this season alone, and he has only played 39 games out of 66 after suffering a series of injuries throughout the season, which was cut short following last year’s lockout.

Despite the Bulls defeating the Sixers, 103 to 91, advancing past this point will be pretty difficult without their star player, but Joakim Noah doesn’t sound too worried.

“I know how bad he wants to be out there,” Rose’s teammate said. ‘“Regardless of what happens, we’re a capable group. We’ve been through this throughout the year. We can play ball without Derrick, as well.”

Do you think the Chicago Bulls will be able to survive the playoffs without Derrick Rose?