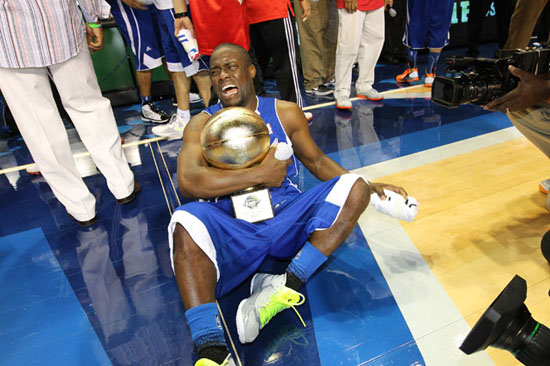 Watch comedian Kevin Hart‘s HEE-LARIOUS reaction to getting ejected from the NBA All-Star Celebrity game this past weekend, even though his team was up more than 30 points! Oddly enough, Kevin — who stands at a mere 5-foot-2-inches tall — went on to win the Most Valuable Player award, which he noted to ESPN TV host Stuart Scott that being named the MVP has nothing to do with points, but with being a good teammate.