Reggie Bush isn’t so happy about Alabama running back Mark Ingram being picked by the Saints in the first round of the 2011 NFL Draft. The NFL star tweeted the following after the announcement was made: 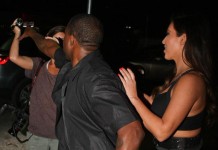 Is Reggie Bush “Helping” Kim Kardashian Get Through Her Divorce from Kris Humphries?