Volkswagon was right on the money when they came up with this creative ad spot for the Super Bowl! The commercial (advertising their all-new 2012 Passat), which was posted to YouTube last Wednesday (Feb 2), has already received over 16 million views, and after airing on TV during Super Bowl XLV Sunday night (Feb 6), it has been dubbed this year’s best. 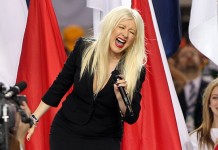