The most famous Dallas Cowboy in American football history, cornerback Adam “Pacman” Jones has finally entered rehab for his alcohol problem. While tightlipped about the location of Pacman’s rehab facility, Dallas Cowboys team owner Jerry Jones talked to the Associated Press and told them that everything is handled through the NFL.

Now, if you know anything about Pacman “make it rain in the strip club and take it right back” Jones, then you would joing in on in the excitement of people all over the nation right about now.

The league suspended Jones for at least four games last Tuesday for violating its personal conduct policy. Six weeks after being reinstated from a 17-month suspension because of repeated legal problems, Pacman was involved in an alcohol-related scuffle Oct. 7 with one of his bodyguards at a private party in Dallas. Team officials hired the bodyguards to try and keep Jones out of trouble.

“They lost their job when he got suspended. They lost it because there’s no more Adam to look out for,” Jerry Jones said. NFL commissioner Roger Goodell will determine the full length of the suspension after the Cowboys play Nov. 16 at Washington. Goodell has said a lifetime ban remains a possibility. 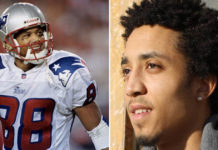 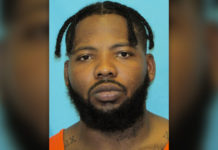