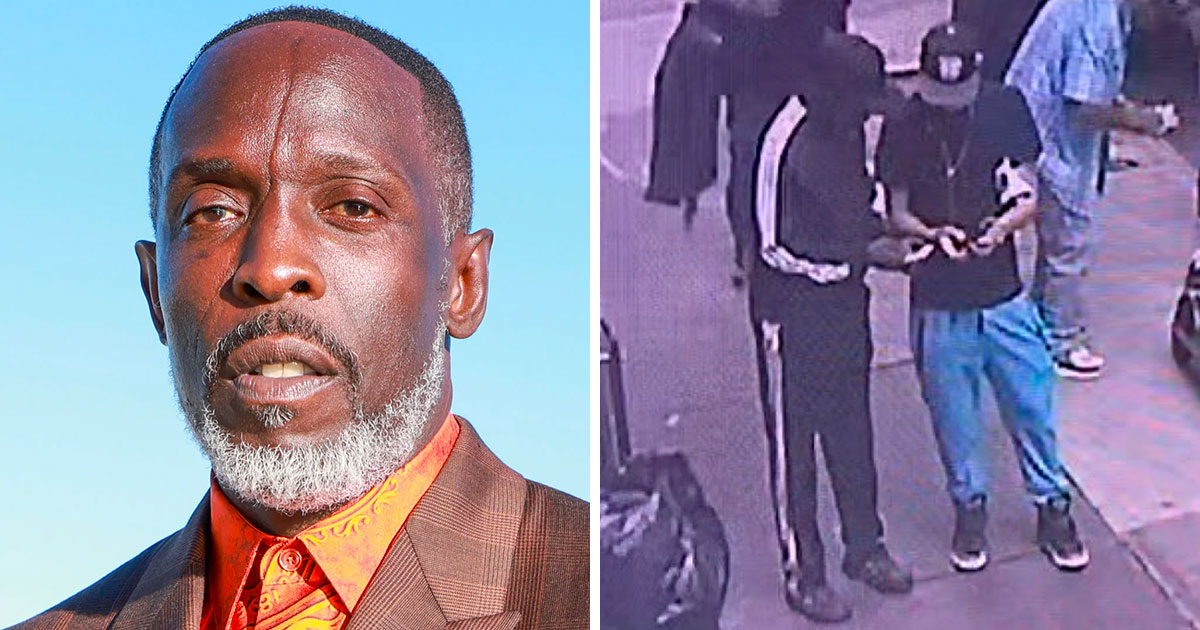 Four drug dealers have been arrested in connection to the overdose death of actor Michael K. Williams.

The men were reportedly part of a crew of drug dealers that operated on the south side of Williamsburg, Brooklyn, and sold drugs laced with deadly fentanyl.

Investigators were able to obtain surveillance footage that shows Cartagena allegedly completing a hand-to-hand drug sale with Williams on September 5th, 2021—the day before Williams was found dead in his Brooklyn apartment.

Police arrested Cartagena in Puerto Rico, and in addition to the narcotics conspiracy charge, he was also charged with causing the 54-year-old actor’s death. If convicted on all charges, he could get life in prison.

According to a federal complaint, Cartagena, also known as “Green Eyes,” had sold drugs to undercover informants for months prior to Williams’ death.

When cops responded to the actor’s apartment on Sept. 6, they found drugs and drug paraphernalia near his body, the complaint said.

“More specifically, the NYPD found, among other things: a white plate with white powdery residue on it, a straw on the plate, and several glassines that were marked with the stamp ‘AAA Insurance’ and scattered on and around the white plate,” the complaint said.

The residue was sent to an NYPD lab and tested positive for heroin and fentanyl, according to the complaint.

In addition to Cartagena, the other three defendants also were known by their street names — Robles as “Oreja,” or ears, Cuz as “Mostro,” and Macci as “Carlito,” according to the feds.

The four men continued to sell the deadly drugs at residential buildings in Brooklyn and Manhattan — even after learning their stash allegedly killed Williams, the feds said.

In fact, federal prosecutors said undercover informants made another drug buy from the dealers the day after Williams’ body was found.

“This is a public health crisis. And it has to stop. Deadly opioids like fentanyl and heroin don’t care about who you are or what you’ve accomplished. They just feed addiction and lead to tragedy,” US Attorney Damian Williams said in a statement announcing the arrests.

Cartagena was arrested in Puerto Rico on Tuesday and is expected to make an initial court appearance Thursday in federal court there.

Macci, who has 23 prior drug convictions, appeared before Magistrate Judge Stewart Aaron on Wednesday and was ordered held without bail.

“They knew they sold these drugs to Michael Williams and he died,” federal prosecutor Micah Fergenson told the judge. “They continued selling these drugs to customers knowing that might be the last thing they did.”

Robles and Cruz are due in Manhattan federal court later Wednesday.

Michael K. Williams, a Brooklyn native, was best known for his role as Omar Little on the hit HBO series The Wire.