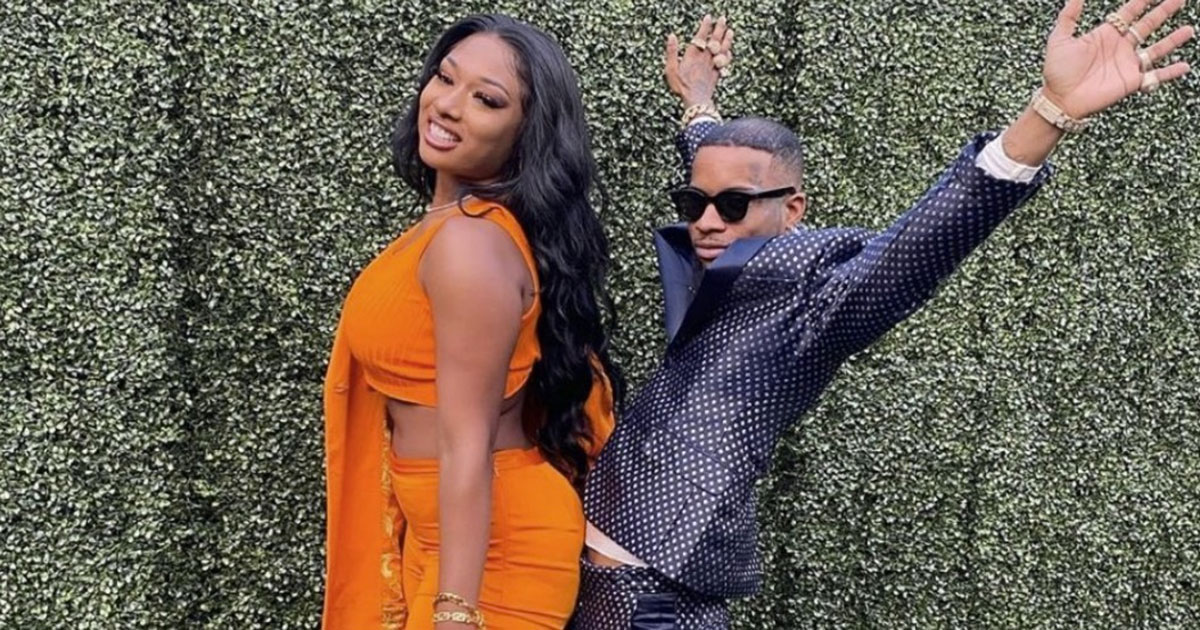 Tory Lanez reportedly apologized to Megan Thee Stallion just hours after shooting her … and it sounds like he tried to blame it all on the a-a-a-a-a-alcohol.

TMZ obtained the text message Tory sent Meg the night of July 12th, around 15 hours after she claims he shot in her in her feet, and in the message, he begs her forgiveness, writing: “I know u prolly never gone talk to me again, but I genuinely want u to know I’m sorry from the bottom of my heart.”

His explanation for opening fire on her? “I was just too drunk.”

Of course Tory never references “shooting” or a gun (likely for legal reasons, cause, you know … SCREENSHOTS!) but it’s obvious he did something regrettable.

“None the less s**t should have never happened and I can’t change what did. I just feel horrible,” he wrote, adding (once again for good measure): “Cuz I genuinely just got too drunk.”

PREVIOUSLY: Tory Lanez Allegedly Shot Megan Thee Stallion While She Was “Trying to Leave” & There’s Reportedly Video to Prove It

As was previously reported, Tory, Megan and another friend had been attending various parties in the Hollywood Hills area of Los Angeles during the early morning hours of July 12th when police responded to reports of shots fired from or around an SUV.

When they pulled Tory’s chauffer-driven ride over, they ordered everyone inside to slowly exit the vehicle, at which point Megan could be seen bleeding from her feet as she walked backward from the car as instructed.

Tory was ultimately arrested for possession of a concealed weapon after cops say they found a handgun under the front passenger seat where he’d been sitting.

A little over a month later (Aug. 19), Megan posted photos on Instagram showing off her gruesome injuries to silence the haters who claimed she was faking it, and even took it a step further the next day by going on IG Live and naming Tory as the person who shot her in her feet.

“You shot me. I ain’t get cut by no glass, but let me tell you why they saying that,” Megan said during her IG Live session. “When the police came, because the neighbors called the police, this did not happen at Kylie’s house, this happened damn near back at the house I was staying at. I was just trying to get home. We was five minutes away from my spot.

“The police come. I’m scared. All this sh** going on with the police. The police is shooting motherf**kers for anything. The police was literally killing black people for no motherf**king reason.

Meg added: “Yes, this n***a Tory shot me. You shot me, and you got your publicist and your people going to these blogs, lying and sh**. Stop lying. Why lie? I don’t understand. I tried to keep the situation off the internet, but you’re dragging it.”

Tory has so far neither been arrested nor charged for shooting Megan, but the L.A. County D.A. could still charge him with felony assault with a firearm at any moment … especially after Meg’s public confession.

AS for whether Tory and Meg have been in contact since the shooting, sources say she never responded to his “sorry” text … so there’s that. 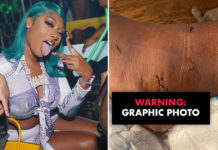