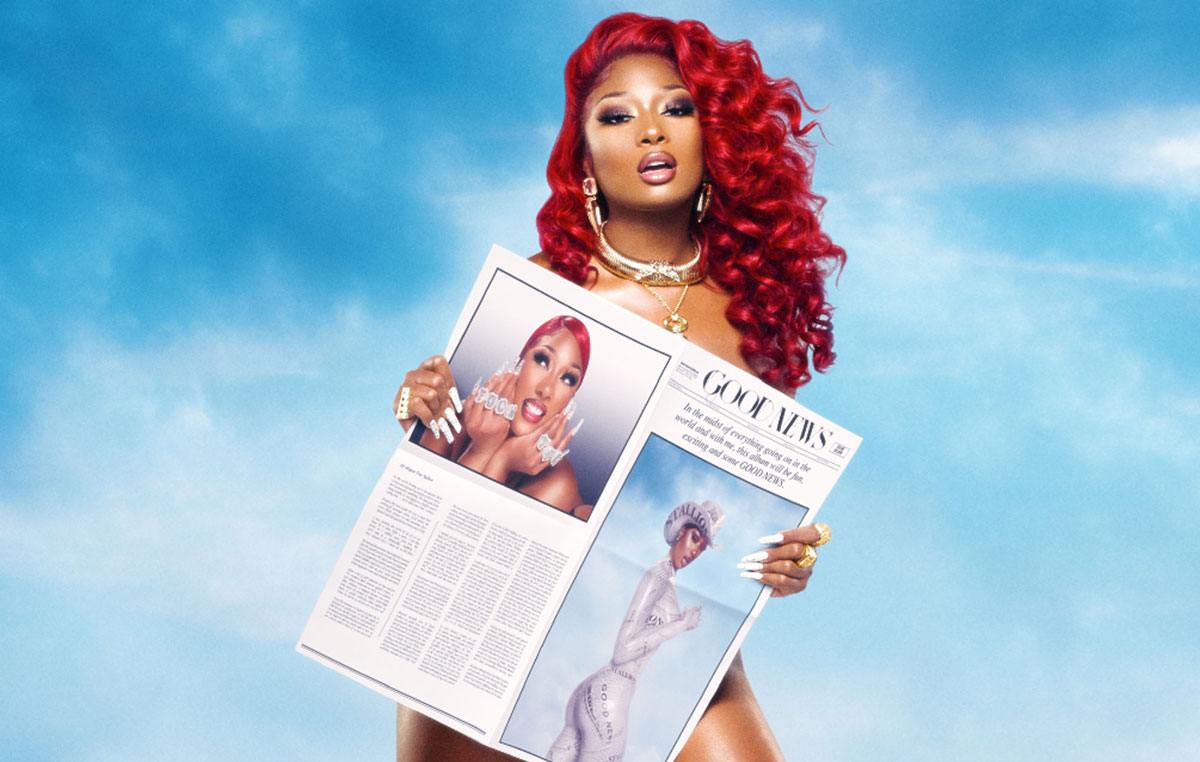 2020 has been a rough year for everybody, and Megan Thee Stallion says it’s time for some “Good News!”

“Through such a rough year I felt like we could all use a lil good news,” Meg wrote on Twitter alongside the album’s cover art, which shows her inside of a glass box holding up a newspaper surrounded by news headlines.

THROUGH SUCH A ROUGH YEAR I FELT LIKE WE COULD ALL USE A LIL GOOD NEWS ? MY OFFICIAL ALBUM “GOOD NEWS” DROPS NOV 20TH ! Pre save tonight @ midnight #GOODNEWSMEGAN pic.twitter.com/7mDZLP1cQ6

The announcement of the project follows what has been a rollercoaster ride for Meg, who landed her first two No. 1 singles with the “Savage” remix featuring Beyonce and “WAP” with Cardi B. She also just released her Young Thug collaboration “Don’t Stop” last month.

Then there was that whole incident with that rapper who should not be named that tried to put a huge damper on things, but Meg is finally ready to move past that with Good News.