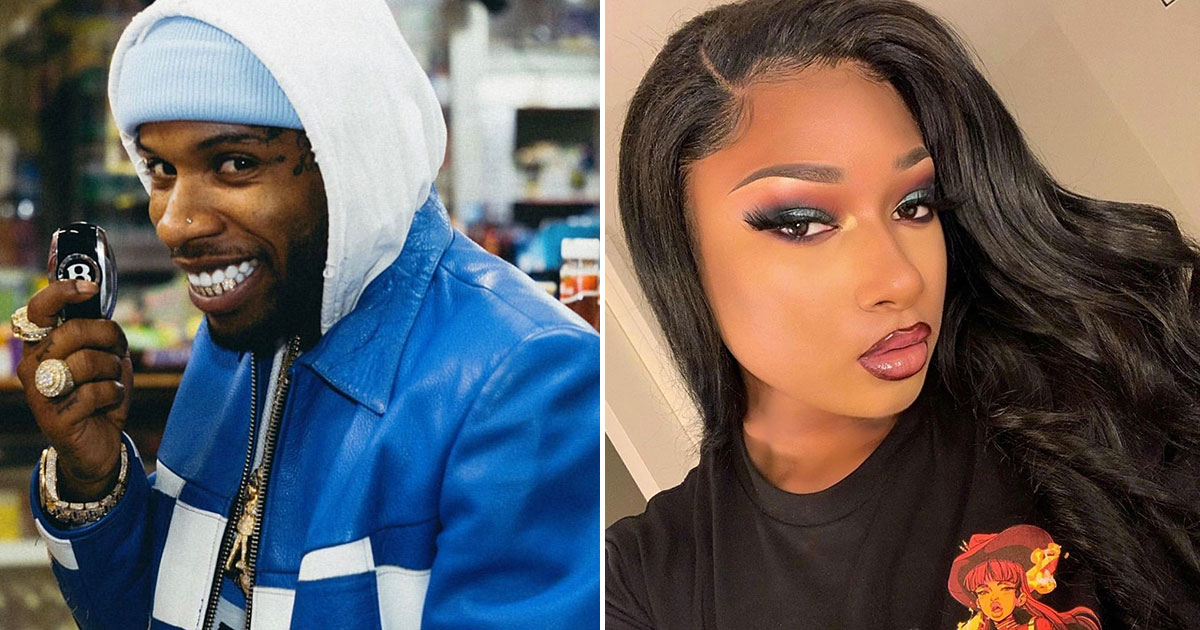 Tory Lanez was arrested on a gun charge following an altercation early Sunday morning (Jul. 12) that took place outside his Hollywood Hills home … and Megan Thee Stallion just so happened to be with him at the time and was taken to the hospital with injuries to her foot.

According to TMZ, police received a call about a disturbance outside a residence in Hollywood Hills around 4:30 a.m. Sunday, and when they arrived, witnesses said people were arguing in an SUV before shots were fired into the air and the vehicle took off.

Cops reportedly got a description of the vehicle and located it shortly afterward, and found Tory inside with Megan Thee Stallion and another woman.

Law enforcement sources said Megan had a cut on her foot believed to be from broken glass on the floor of the vehicle. After police searched the car, that’s when they found the gun.

Tory was taken to jail and booked for carrying a concealed weapon in a vehicle, which is a felony charge.

Megan was reportedly listed as a “victim” in the incident and was taken to the hospital immediately following Tory’s arrest to be treated for the wounds to her foot.

The timing of the incident is very interesting considering the fact that Tory and Megan were seen together on Instagram Live with Kylie Jenner at what looked like a pool party.