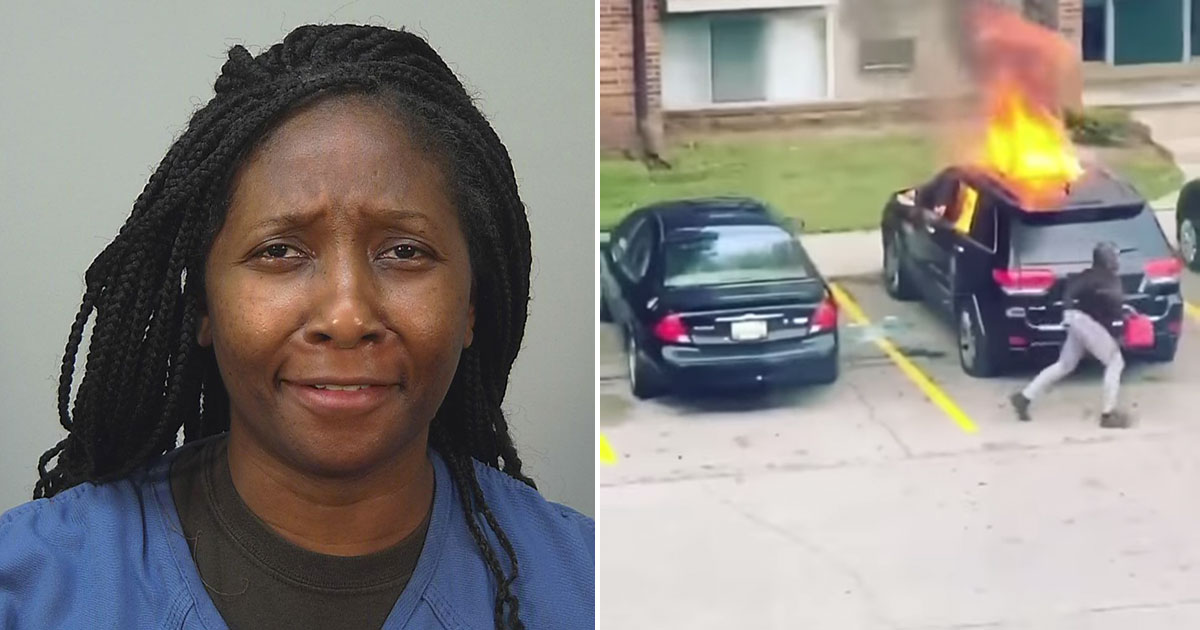 A Wisconsin woman was arrested after she set her ex-boyfriend’s car on fire in an incident that appeared to have been captured on video and went viral on social media.

34-year-old Kelly S. Hayes of Madison is accused of smashing out her ex-boyfriend’s car windows before pouring gasoline inside the vehicle and setting it on fire.

A possible video of the incident shows the woman pouring the accelerant inside a car and throwing a lit match inside before it explodes into flames, sending her flying backward.

Police said by the time firefighters arrived, the car was engulfed in flames.

A witness told officers that the woman was armed with a baseball bat and broke out the car’s windows prior to dousing it with gasoline and setting it on fire.

Another witness had gotten the license plate of Hayes’ car before she drove off, police said.

Hayes was arrested for arson and criminal damage to property.

Police confirmed she and the man who owned the car had a prior relationship and the vehicle was assessed to be a total loss.