GOSSIPONTHIS.COM Celebs Jada Pinkett & Will Smith Admit to Her Relationship With August Alsina... 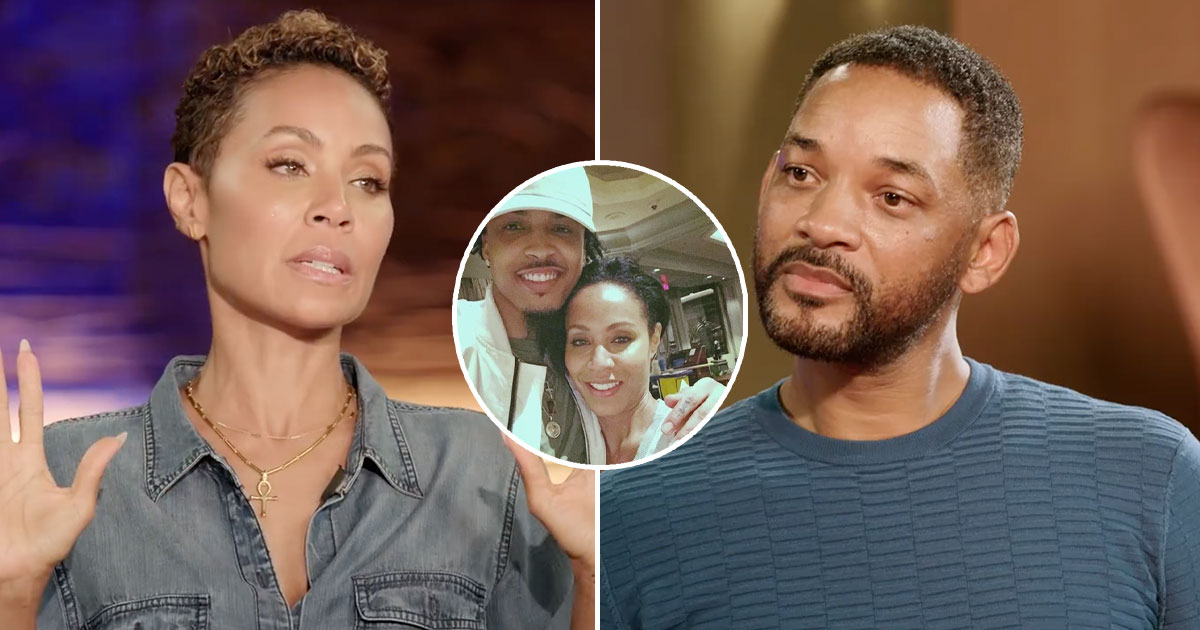 On a new episode of Red Tabe Talk, Jada Pinkett Smith has finally responded directly to recent claims from August Alsina that her husband Will Smith gave him “his blessing” to have an intimate, romantic relationship with her.

During the episode, which was done alongside Will, Jada admitted that she and August did, in fact, have a relationship, but it happened while she and Will were amicably separated.

Though reps for the couple said Alsina’s allegations were “absolutely not true,” Jada and Will both clarified that those released statements did not come from them personally.

“At the end of the day, I don’t like how all of this came to be. That doesn’t matter, it’s all love, honestly,” Jada said. “That would be something I wouldn’t comment on at all. I feel like it’s a situation I consider private.”

“But now Black Twitter has claimed it as their business,” Will said with a laugh.

Jada went on to explain that she started a “friendship” with August four and a half years ago, and they eventually became “really, really good friends.”

Jada admitted that she and Will’s marriage was going through a rough patch at that time, with Will saying: “I was done with you.”

Jada said it was during that time that she and August started dating, or in her words, “got into a different kind of entanglement.” She added that their relationship, at first, was all about August’s health and trying to help him heal.

As for Will giving August “permission” to have a romantic relationship with his wife, Jada scoffed at that notion, saying that “the only person who could give permission in that particular circumstance is myself.”

Jada added: “What August was probably trying to communicate, because I could see how he could see it as permission because we were separated amicably, and I think he wanted to make it clear he’s not a home-wrecker because he’s not.”

Smith then asked her to clarify what she meant by “entanglement,” to which she said: “Yes, it was a relationship, absolutely. I was in a lot of pain, I was broken and in the process of that relationship, I definitely realized that you can’t find happiness outside of yourself. And luckily enough, you and I were also going through a process of healing in a much different manner.”

“I just wanted to feel good … It had been so long since I felt good,” Jada said, adding that it was also a “joy to help heal somebody,” referring to August, who she repeatedly called “Aug” throughout the interview.

Will joked that being at the Table made him feel like a husband at “the press conference” while she told “the world about her transgressions.” Jada, however, said she didn’t see it that way because the relationship taught her about her own emotional security, “and I was really able to do some deep healing.”

Jada said August eventually decided to “break all communication” with her once she “started to realize certain things” about her marriage with Will, “which was totally understandable,” she added.

“I let that be and hadn’t talked to him since,” Jada said, “so it is a little weird all this stuff is coming out now since this was several [years ago].” Added Will, “Our experiences of working through it, fighting through it, talking through it and therapizing through it, I think the why now is weird.”

She added: “Aug and I haven’t talked in so long, so this all seemed very strange.” (FYI: August appeared on “Red Table Talk” in 2018, though it isn’t clear when they actually stopped talking.)

Will and Jada also said that they’ve never had secrets between them.

“We have really got to that new place of unconditional love,” Jada explained, as Will added that he wasn’t sure whether or not they would ever speak again after they separated. “It ain’t for the weak at heart … there are just certain things we have to go through,” Will said.

“You gotta go through some sh*t to get the answers,” Jada said. “I definitely believe you and I, we never thought we would make it back.”

After pointing out that they’ve been together for 25 years, they both joked in unison: “We ride together, we die together, Bad Marriage for life.”