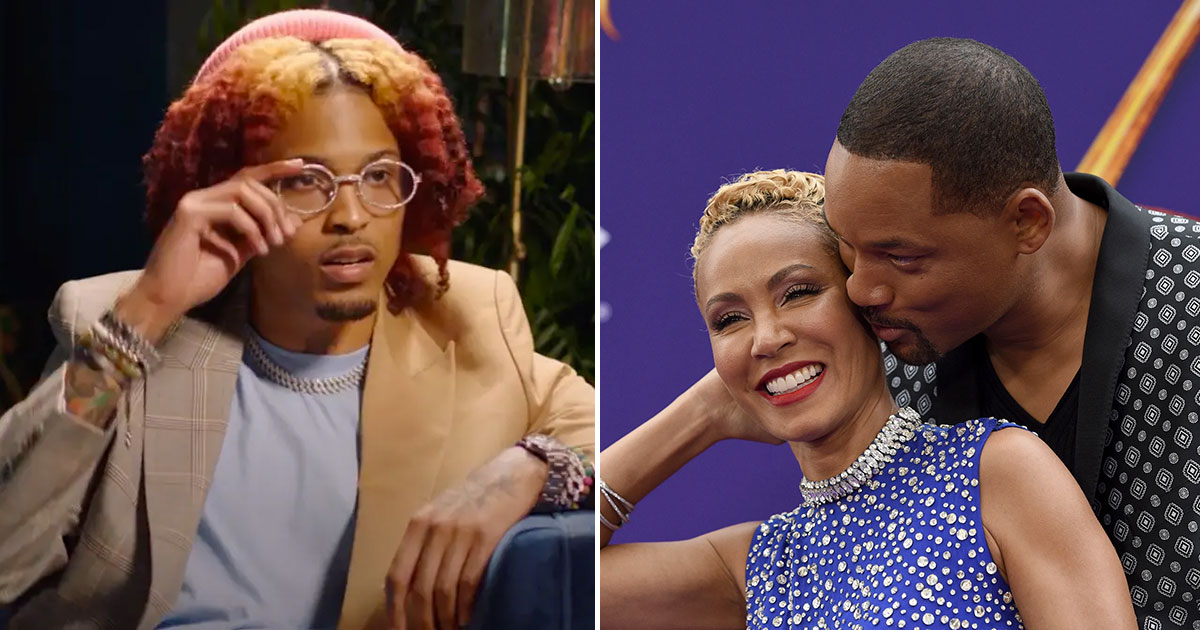 The true nature of the relationship between August Alsina and Jada Pinkett-Smith (and Will Smith by extension) is turning into a he said, she said situation.

During an interview with Angela Yee to promote his new album, Alsina seemingly confirmed that he was in a romantic relationship with Pinkett-Smith for several years.

“I totally gave myself to that relationship for years of my life. And I truly and really, really deeply loved and have a ton of love for her,” Alsina revealed.

He even added that Will Smith “gave me his blessing” to be in a relationship with his wife.

However, Pinkett-Smith is denying all of this. Page Six reached out to the actress’ reps to comment on Alsina’s assertion.

A rep for Pinkett-Smith says the affair story is “absolutely not true!”

The rep did not give any more comment and Pinkett-Smith has not shared her side of the story. It’s also unclear if she will address it on Red Table Talk or any other platform.

So, while Pinkett-Smith denies a relationship with Alsina, the 27-year-old singer says he was deeply in love with her.

“I devoted myself to it. So much so that I can die right now and be okay with knowing that I truly gave myself to someone. I really loved a person,” he told Yee.

Rumors of a relationship between Alsina and Pinkett-Smith began in 2015 and the two were often seen together in public and on social media.

“Contrary to what people may believe, I am not a troublemaker. I don’t like drama. Drama actually makes me nauseous,” Alsina told Yee during the interview.

“And I also don’t think that it is ever important for people to know what I do, who I sleep with, who I date … but in this instance it is very different because as I said, there are so many people that are side-eyeing me, looking at me questionable [sic].

“I have lost money, friendships, relationships behind it and I think it is because people don’t necessarily know the truth. But I have never done anything wrong.”

The alleged relationship ended in 2018 or 2019 after Alsina’s sister died and he realized he wanted more from a partner than Pinkett-Smith was willing to give.

August said of the Smith family: “I love those people literally like my family. I don’t have a bad thing to say about them. They are beautiful people.”

Will and Jada—who have been married for 22 years—have long faced rumors that they have an open marriage. While they’ve never officially confirmed it, they have both admitted that their marriage is unconventional.

Back in 2018, Smith revealed that he and Pinkett-Smith “broke up within” their marriage and “got back together again.”