GOSSIPONTHIS.COM Celebs WATCH: A1 Bentley & Lyrica Anderson Work Through Marriage Troubles on “The... 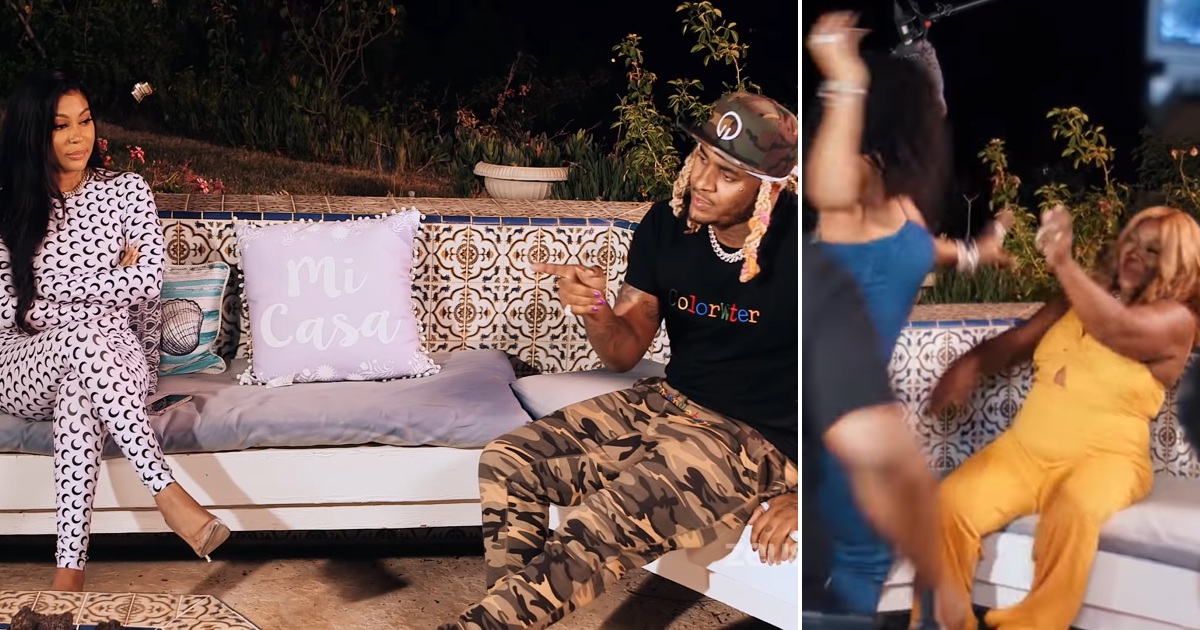 Another Love & Hip-Hop couple is about to sit down for “The Conversation” in a last-ditch effort to save their troubled marriage.

Lyrica Anderson and A1 Bentley will be featured on the Zeus’s latest installment of The Conversation, where they will attempt to address their infidelity and trust issues and try to find a path forward.

“I did you wrong, made a mistake, cheated, you couldn’t get over it,” A1 says to his wife in the newly released trailer.

“I just have a really hard time being with someone that I don’t think it going to be completely faithful,” Lyrica responded.

Love & Hip-Hop: Hollywood fans know that the couple’s relationship has been tested for several seasons, with both accusing the other of cheating and having a lack of trust.

The couple ultimately split, and Lyrica moved out of the shared home, taking their 1-year-old son with her.

In the teaser clip, Lyrica and A1 looked like they were making some progress in hashing out their issues … that is until their mothers joined the “conversation.”

Lyrica Garrett and Pam Bentley reignite their years-long feud, even almost coming to blows during their one-on-one sit-down. Production had to intervene to pull the grandmas apart.

Pam even picks up a decorative rock and threatens to throw it at her daughter-in-law. Lyrica G. intercepts and throws something in Pam’s direction.

The whole situation is a mess and does not look productive in repairing the familial relationships and certainly not Lyrica and A1’s marriage.

Ray J and Princess Love was the first couple to appear on The Conversation earlier this year after hitting a rough patch in their relationship.

Princess filed for divorce less than two months after the special aired.

Though it didn’t help them, Ray J and Princess must believe in the process (or the money) because they both serve as executive producers for the Lyrica & A1 special.

The Conversation featuring Lyrica and A1 will air Sunday, July 5th on Zeus.