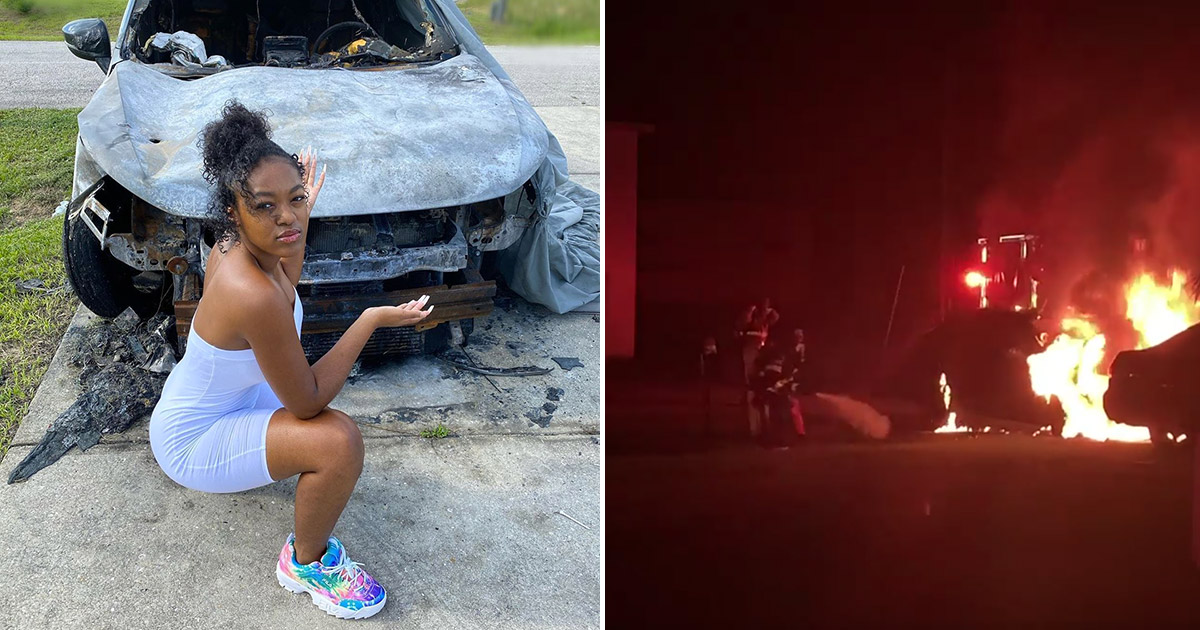 R. Kelly’s ex-girlfriend Azriel Clary claims she was the victim of an arson attack that completely destroyed her car and could have burned her house down.

The 23-year-old took to Instagram Thursday (Jun. 25) and posted photos of herself posing in front of her charred vehicle in the driveway of her home in Florida.

“Someone not only set my car on fire at 3am but they also made a gas line around my entire house, with intentions to burn my entire home down,” she wrote in the post’s caption.

She added: “It was something that was premeditated, but the fact that someone would go to that extreme to harm me is sickening.”

Clary also shared a short video of firefighters putting out the car fire.

She said she was using the post to show herself “at my lowest” and urged followers to share both “the bad” as well as the “wins” in their own lives.

“I’ve realized a lot of people are influencing people for all the wrong reasons on social media. Some even portray a life they cannot sustain,” Clary wrote.

“Cars that are only rented for weekends, mansions that are only booked for occasions. I’ve literally never seen anyone post when they’ve been at there lowest. So, this is me at my lowest…”

She continued: “I hope this inspires you to show the bad so when you do win people can connect and celebrate that win with you even more. Everyone is going through problems behind closed doors, whether they choose to share it or not, even the people you look up to.

“I just want people to tap into the reality of our world, and publicizing a ‘perfect cookie-cutter life’ is just not real. Can we start posting real life on our feeds? What’s really happening behind your closed doors, because ‘perfect’ does not exist in our world, and that’s just the truth of the matter.”

Clary, who has been living in Florida since late 2019 after splitting from R. Kelly and reuniting with her family, said police are investigating the incident.